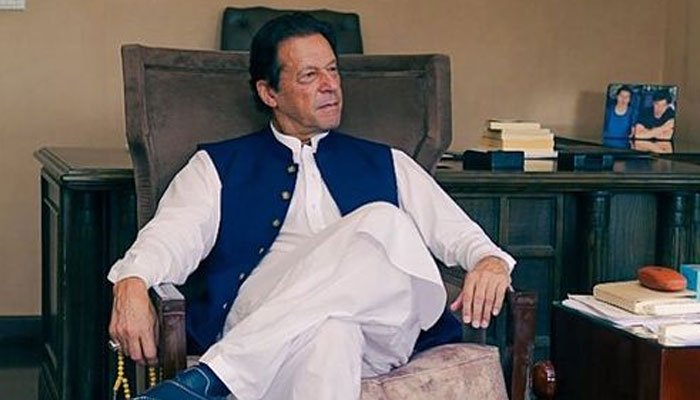 PTI Chairperson Imran Khan on Monday said that he is “extremely upset” with the treatment meted to his chief of staff Shahbaz Gill while in police custody in the sedition case filed against him.

He said that the PTI lawyers have said that Gill was stripped off his clothes and beaten up in jail.

“Gill shouldn’t have said that because it falls under instigating the army […] it is completely right […] we want to see [the] army as a strong institution,” Khan said in an interview with a local channel.

“They are torturing and trying to mentally break him. And they are forcing him to give statements against Imran Khan,” the ex-premier alleged, adding that if “Imran has to say something, he will say it himself […] he doesn’t need Shahbaz Gill for that”.

The PTI chairperson, however, contended that statements against the establishment were also passed by coalition government leaders Maulana Fazlur Rehman, Maryam Nawaz, Ayaz Sadiq, Nawaz Sharif and others in the past.

He said that had he given a call to stage a sit-in in Islamabad on May 25, there would have been chaos in the country.

He further revealed that Gill was asked about “Imran and Lieutenant General Faiz Hameed’s meetings”. Imran also claimed that everything that happened with Gill was a conspiracy to “scare PTI supporters” and “create an impression that PTI is against the army and martyrs”.

“This propaganda campaign was created in the prime minister’s cell,” he alleged. “This is all their plan to shut my supporters,” the former prime minister pointed out, continuing that the same was being done with YouTubers who spoke up in support of him.

“Their aim is to make a treason case against us and create a misunderstanding between the army and PTI because we are the only party that represents all of the provinces.” Khan said a conspiracy had been hatched against him and that he had recorded a video. “If anything happens to me, it will be turned on. My life is in danger.”

He said the Constitution of Pakistan gave him a right of peaceful protests, adding another long march could be a possibility. “A group of thieves — who have no priority to control inflation — have been imposed on us,” the PTI leader said.