Imran Khan does not dare to march towards Islamabad, says Fazl ur Rehman 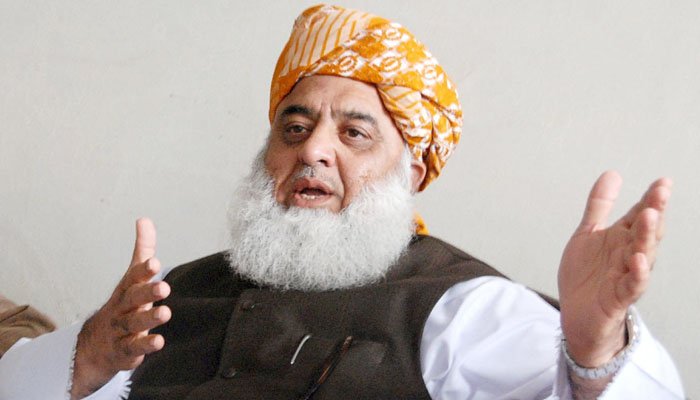 JUI-F Chief and head of the Pakistan Democratic Movement (PDM) Maulana Fazlur Rehman on Monday once again berated PTI chairman Imran Khan and said he did not have the courage for the march toward Islamabad, Geo News reported.

“Imran Khan rallies are nothing but an indication of his pain being ousted from power corridors, however, he doesn’t have courage and ability to march towards Islamabad, said Fazlur Rehman while talking to the media during his visit to comedy poet Salman Gillani.

Speaking about replacing Dar as finmin, the PDM chief said that economic policies of Imran Khan had weakened the state, therefore, “replacing Dar with Miftah is good for the economy.”

Talking about the new army chief appointment, Maulana Fazlur Rehman said that the appointment of the army chief is not an issue, it will be done according to the constitution.