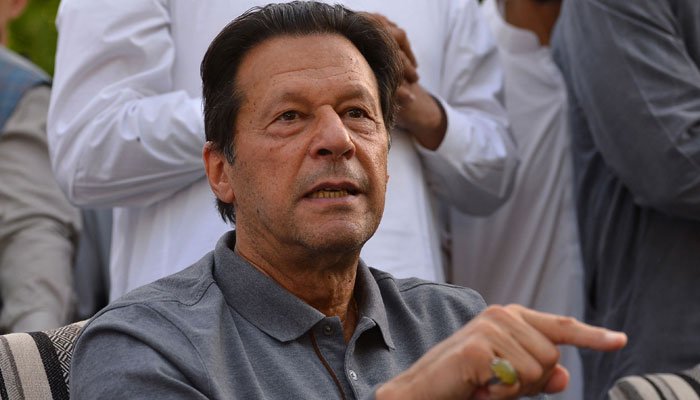 ISLAMABAD: PTI Chairman Imran Khan on Wednesday asked the Federal Investigation Agency (FIA) to take back the notice sent to him in the prohibited funding case in two days or else he would take legal action against them.

“Neither am I liable to answer to you nor is it liable on me to provide information to you. If notice is not taken back in two days then I will take legal action against you,” said the PTI chairman in a written response sent to FIA Commercial Bank Circle Islamabad’s Deputy Director Amna Baig.

The response was sent by the PTI chief via his legal counsel Anwar Mansoor Khan, who has also served as the attorney-general of Pakistan.

The PTI chairman also claimed that FIA, by sending the notice showed malicious intent, adding that it is not within FIA’s purview to see details and documents from PTI.

“ECP (Election Commission of Pakistan) did not give a decision but issued a report. ECP cannot order FIA or any other organisation based on this report,” said the PTI chief. He added that the FIA does not have the authority to act under the Political Parties Order 2002.

“The notice issued is also contrary to the FIA Act. Supreme Court has declared the ECP as an administrative institution in several decisions,” said Khan, adding that the ECP is neither a court nor a tribunal.

FIA asks Khan to share record of funding to PTI

Last week, FIA sought records from Khan regarding the total funds provided to the party by national and international companies and business firms.

Following the ECP’s judgment that ruled PTI received funding from prohibited sources, the FIA launched a country-wide inquiry into the matter.

In a letter to the PTI chairman, the FIA asked Khan to provide the record of the membership fee from the establishment of the PTI till now.

The investigation agency also sought annual statements of PTI’s bank accounts since 1996, the record of its registered and unregistered organizations and trusts from the party’s chief.

Khan is also asked to provide the record of PTI’s national and international donors. The FIA also directed the PTI chairman to provide details of funds received from various companies in different countries separately.

The agency had also sought the list of the party’s office-bearers, their CNICs and the names of those who were allowed to operate the party’s bank accounts. The investigation agency has also directed Khan to provide details of the board that is looking after the financial affairs of the party.

The party’s chairman and the general secretary were told to submit the details to the FIA within the next 15 days.