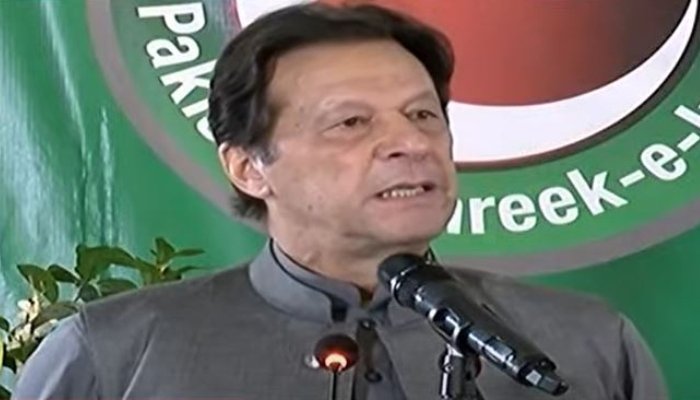 ISLAMABAD: PTI Chairperson and former prime minister Imran Khan Monday said that he will hold elections within his party after the general elections to ensure meritocracy.

Addressing the party’s national council in the federal capital, Khan said that he will work on the party’s ideology as members are still not familiar with it.

“I realised in these four months that our party members do not know about its ideology,” he said.

Khan went on to say that the PTI chose its leaders through the Insaf Students Federation (ISF) in Khyber Pakhtunkhwa by holding elections within the federation. “We are going to follow the same electoral process as that of ISF to choose leaders based on merit,” said the former PM.

Comparing his party with the PML-N and PPP, Khan said that there was no concept of merit within these parties and this is why these parties have reduced in size instead of growing.

The former prime minister said that he wanted electronic voting machines (EVMs) for free and fair elections but the chief election commissioner (CEC) tried every way possible to sabotage it.

“The ruling parties disagreed with holding elections through EVMs because they wanted to rig the elections. Before the by-elections in Punjab, our party was the only one preparing to stop the polls from getting rigged,” he added.

Berating the coalition government, Khan said that other parties looted the country in the last ten years and destabilised it. “These parties were not interested in rectifying the economy or reducing inflation but were only interested in obtaining the NRO-II.”

There is one big reason why Pakistan is not moving forward and it’s because these people have no ideology and are only hungry for power. “Their only motto is to preserve money and nothing more than that,” he added.