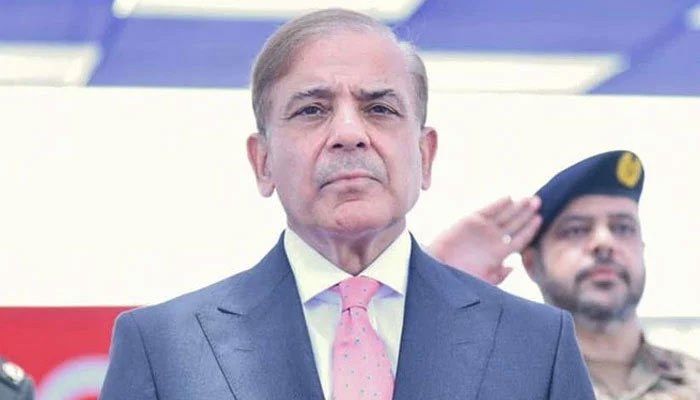 Taking to Twitter late Thursday, Shehbaz reacted to Imran Khan’s remarks given during a seminar on freedom of expression in Islamabad earlier in the day.

In his tweet, Shehbaz analysed Imran Khan’s speech and said that the PTI chair considers himself “holy” and “above reproach”.

The PM said that Imran Khan distorts facts to confuse people and that he plays mind games and insults people’s intelligence through deceitful ways.

In his speech, Imran Khan spoke on different topics including freedom of speech, the NAB and the establishment. He slammed the government for picking up social media activists and forcing them to say that they tweeted under his directions.

He also flayed the government for torturing his aide Shahbaz Gill, terming it a big crime. He said, “Maryam Nawaz, Ayaz Sadiq and Maulana Fazlur Rehman have talked against the army, however, nothing happened to them.”

Censuring the establishment for imposing “thieves” upon Pakistan, the former premier called upon them to correct their policies as there is still time. He said, “How did the establishment let them [the current government] rule us knowing about the foreign conspiracy? This is because they have the most power right now.”

“No matter how much you [the establishment] call yourself neutral, the nation will blame you for imposing this government on us,” he added.

The former premier said that it [the establishment] is forcing us to accept these thieves and for that, they are spreading fear among the nation.

“They are calling our MNAs and pressuring us to accept this government,” he revealed.