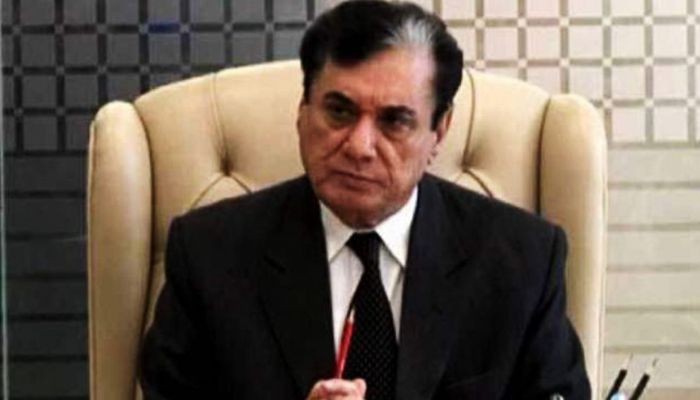 Acting Chief Justice Amir Farooq of the Islamabad High Court has suspended a recommendation by the Public Accounts Committee (PAC) to remove Justice (retd) Javed Iqbal from the position of chairperson of the missing persons commission.

The court served notices to the National Assembly and PAC secretaries, directing them not to take any action against the former NAB chairman.

The petitioner’s counsel, Shoaib Shaheen, indicated that the PAC had resolved to write a letter to remove Javed Iqbal from the commission’s chairmanship. The court noted that the issue of PAC powers had been raised in two prior petitions. The lawyer requested that the minutes of the PAC’s July 7 meeting be deemed unconstitutional. Deputy Attorney-General Arshid Kiyani stated that the case had now been transferred from the PAC to the inquiry.

Justice (retd) Javed Iqbal Monday had moved the Islamabad High Court (IHC) against the Public Accounts Committee’s (PAC)’s orders, asking him to appear before the committee.

On July 7, the PAC summoned Justice (retd) Iqbal on harassment charges. He was called on the complaint of a woman, Tayyaba Gul, who had written a letter to the PAC chairman, levelling harassment allegations against him, The News reported.

The PAC meeting had also discussed the allegations of Ms Amna Masood Janjua against the former NAB chairman with regard to harassment of women visiting the commission of missing persons headed by Iqbal.

In his petition, filed as the head of the commission for missing persons, Justice (retd) Iqbal said that the minutes of the meeting held by the PAC on July 7 should be declared illegal and the committee should be refrained from taking any disciplinary action.

The petition stated that the meeting decided to remove the former NAB chief as the commission’s head and to contact Prime Minister Shehbaz Sharif in this regard.

“It is beyond the committee’s jurisdiction to make such a decision and the PAC’s chairman is misusing his powers,” stated the petition.