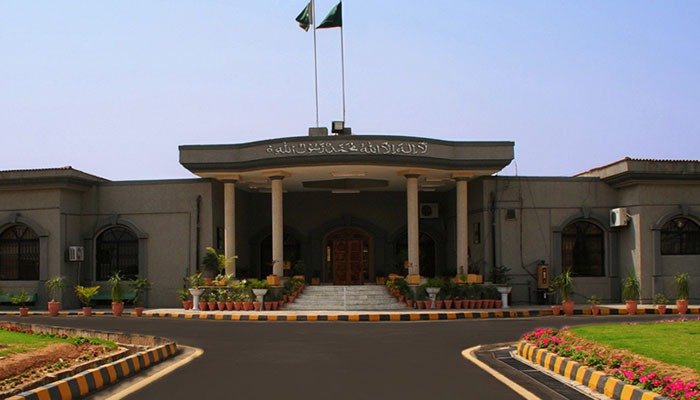 IHC Chief Justice Athar Minallah, in his remarks, declared that the composition of the present federal cabinet is not against the restrictions imposed by the Constitution.

Challenging the appointment of 72 cabinet members in the IHC, Rasheed had contended that it was a violation of Article 92(1) of the Constitution.

He had requested the court to set aside the appointments of the PM’s aides that exceeds the prescribed limit.

However, during today’s hearing, the IHC CJ termed that petition a “frivolous petition” and said it should be dismissed with an “exemplary fine”; however, the court showed restraint as Rasheed is an elected member of the Parliament.

CJ Minallah further said that the government is held accountable to the Parliament itself, “why is the petitioner dragging the court in this matter?”

“The trend of bringing political disputes before constitutional courts is certainly not in the public interest,” he said.

According to the order sheet: “The memorandum of the petition has been carefully perused. It has been admitted in the petition that under Article 92 of the Constitution, the prime minister is empowered to nominate not more than fifty members of the Majlis-e-Shoora (Parliament) to form the Cabinet.

“It has been unequivocally admitted in paragraph 8 of the petition that the present cabinet consists of 34 Ministers and seven Ministers of State. Likewise, it is not disputed that four Advisors have been appointed on the advice of the worthy Prime Minister. The composition of the cabinet is definitely not in violation of the restrictions imposed by the Constitution.”

The order sheet further mentioned that the petitioner [Rasheed] is one of the longest-serving parliamentarians. He has also served as a member of the cabinet. “It was not expected that he would file a frivolous petition because it is obvious from his own petition that the constitution has not been violated.”

“Simultaneously, it unnecessarily drags the courts into controversies of political nature. It has a profound effect on the rights of the litigants.”

The IHC CJ further stated the court was not inclined to exercise its extraordinary discretionary jurisdiction and, therefore, the petition is dismissed in limine.”

At the outset of today’s hearing, Justice Minallah took up the matter and reprimanded the petitioner for “disrespecting” the Parliament, saying such a mindset has damaged the forum.

At this, Sheikh Rasheed’s counsel said that they have no other forum for this other than the IHC.

“Too much disrespect of the Parliament has taken place and such a petition should not be filed again with the court.”

The IHC chief justice remarked that elected representatives are in Parliament and the court will not interfere in its affairs.

“Did the petitioner publish the list of special assistants and advisers when he was in the government?” he asked.

IHC CJ Minallah asked Sheikh Rasheed whether he ever visited Adiala Jail when he was the interior minister. “You have no idea what’s happening there.”

“Sheikh sahab, we respect you and do not demean parliament,” the IHC CJ said, adding that the court respects parliament as well and does not interfere in the executive’s matters.

“You can come to us if your basic rights are affected, but not like this.”

The IHC CJ stated that this is a baseless petition and the court could have imposed a fine but showed restraint this time.

IHC CJ Minallah advised Sheikh Rasheed to return to parliament and fight his case as it is the biggest forum.

“Parliament makes the government accountable why are you dragging court in this? We respect you and keep court away from political issues,” he said.

To this, the former minister requested to withdraw the petition. However, the IHC CJ responded that an order will be issued over it.