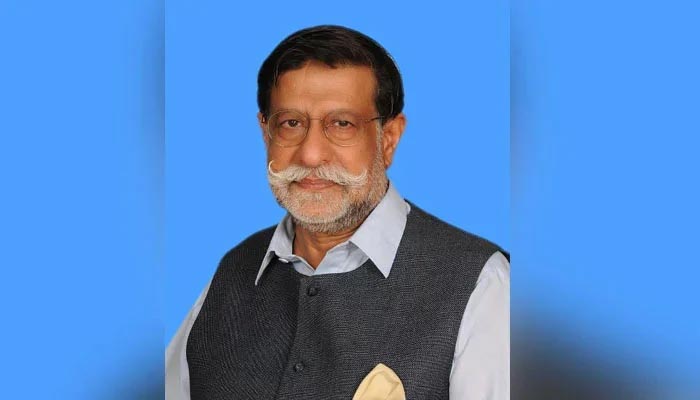 The Islamabad High Court Friday barred the Election Commission of Pakistan (ECP) from holding by-elections on the vacant seat of Muhammad Mian Soomro.

Barrister Zainab Janjua, the petitioner’s lawyer, presented her arguments before Justice Mian Gul Hassan Aurangzeb. Soomro’s counsel told the court that her client was elected from constituency NA-196 Jacobabad and is one of those PTI MNA who didn’t resign.

She further added that National Assembly Speaker Raja Pervez Ashraf declared the seat vacant due to the member’s absence from the lower house for 40 days.

“The petitioner is out of the country and cannot travel much due to health issues; however, despite this, the ECP de-notified the MNA and announced by-polls,” Soomro’s counsel told the court.

However, Justice Aurangzeb said that the petitioner did not submit a leave application and remained absent from the assembly for 40 days.

After hearing the arguments, the court refrained the ECP to hold by-elections on the NA-196 Jacobabad seat until the next hearing scheduled to be held in September.

Justice Aurangzeb directed Barrister Janjua to confirm from her petitioner regarding his plans to go to the assembly because his presence will be mandatory. To this, the counsel informed the court that his client will return on September 27 and will then go to the assembly.

The court directed that registrar high court to schedule the next hearing in September.

Last week, the ECP had de-notified Soomro from NA-196 Jacobabad, under Clause (2) of Article 64 of the Constitution after the decision of National Assembly.