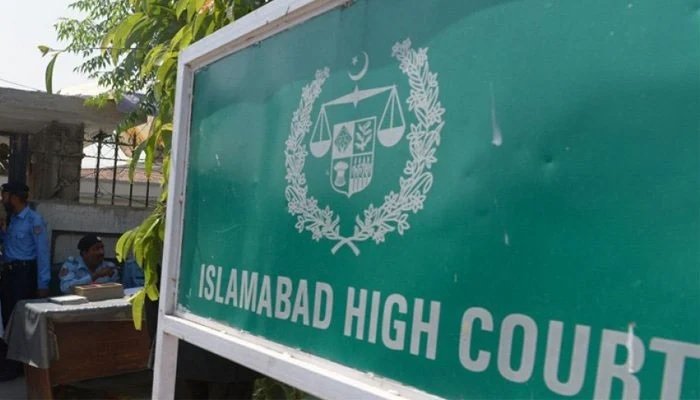 The Islamabad High Court approved a pre-arrest bail plea filed on behalf of PTI Chairman Imran Khan through lawyer Babar Awan in the contempt of court case against the PTI chair, as the court opened on a Sunday, Geo News reported.

The petition was filed a day after a magistrate of Islamabad’s Margalla Police Station issued an arrest warrant for the PTI chair in the case registered on August 20 against him for his remarks against Additional District and Sessions Judge Zeba Chaudhry.

The FIR includes four sections of the Pakistan Penal Code (PPC), including 506 (punishment for criminal intimidation), 504 (intentional insult with intent to provoke breach of the peace), 189 (threat of injury to public servant), and 188 (disobedience to order duly promulgated by public servant).

The former prime minister is facing contempt charges for his controversial remarks against an additional district and sessions judge.

Interior Minister Rana Sanaullah has already said the coalition government will not detain the PTI chair and that Imran’s arrest warrant had to be issued because an accused is required to appear before a magistrate, but Imran didn’t.

The minister told Geo News on current affairs programme ‘Naya Pakistan’ on Saturday that a judge issues an arrest warrant if the accused fails to appear before the court.

“This is a routine warrant issued under bailable clauses,” he added, ruling out Imran Khan’s arrest.

Discussing the case, the interior minister had said the IHC only dismissed the anti-terrorism provisions of the case. The court has not disposed of the case, he asserted.

Censuring the PTI chair, Sanaullah said he had compromised the independence of the country. He continued, “His [Imran’s] crime is not pardonable. The Parliament will discuss it, and lawmakers will ratify any decision that is made unanimously at the floor of the House.”