How can next 25 be different 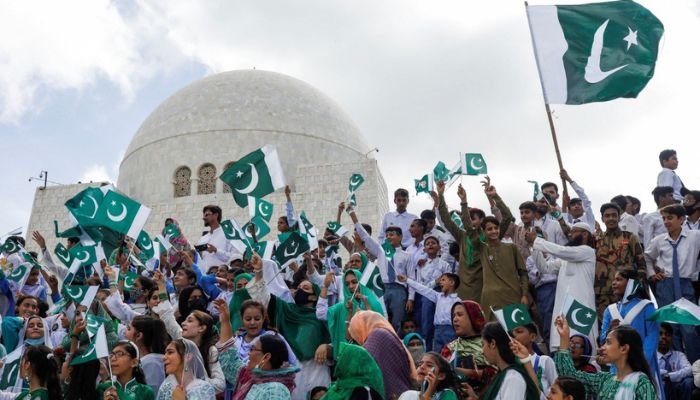 I spent August 14 in deep reflection this year. What kind of celebration is most appropriate for this country? What are the lessons from 75 years of independence that should help shape the future? How can the next 25 years be different? With no prejudice to any other nation-state (and I happen to be lucky enough to belong to at least two), here are five key reflections on the 75th anniversary of the greatest country that was ever imagined: the Islamic Republic of Pakistan.

First up? Pakistan as a safe haven. As a Muslim, the idea of Pakistan is incredibly empowering to me because no other country on the planet was imagined as a safe haven for minorities (principally the Muslims of South Asia, but by no means exclusively that group) to be able to live without fear or prejudice. What better collective actualisation of the spirit of the Holy Prophet Muhammad (may peace be upon him) could there be? Has Pakistan lived up to its imagined stature as a place where people can find shelter from insecurity and wars (small and large)? It has been a mixed bag.

Migrants from East Punjab, Uttar Pradesh, Bengal, Bihar, and Afghanistan have all made their homes in Pakistan – from the 1940s through the 2010s. The largest waves were concentrated in the late 40s and early 50s (from present-day India), and the early 1980s (from Afghanistan). Though there are many instances of formal and institutional obstacles that these migrants face, on balance, the story of mass migration into Pakistan is a love story. The love Sindhis, Punjabis, Pakhtuns and the Baloch have given to millions upon millions of incoming migrants merits epochal story-telling of generosity and warmth. That so little exists is a failure of the state and society to celebrate what is good about this place. We must do better.

We must also do better in terms of reflection. The romance of the incoming migrant is a much harder story to tell when there are so many nightmares of internal displacement and rural-to-urban migration gone awry. War and conflict in Khyber Pakhtunkhwa and Balochistan have caused incredible death and destruction, and unspoken long-term trauma. It is hard to celebrate independence when dozens, even hundreds, of families suffer not knowing where their loved ones are (missing persons), thousands, even hundreds of thousands of families suffer not knowing where they will make their beds tomorrow (temporary displacement), and millions of families do not know where their next meals will come from (economic insecurity).

Perhaps most worrying is the state of minorities that have always bled green and continue to live and, sadly, die in their country as lesser citizens. The fear and trepidation of religious minorities is palpable, real, and utterly shameful. It is the absolute opposite of how Quaid-e-Azam imagined this place. To be itself, Pakistan needs to become the safest country on earth for Pakistani Christians, Sikhs, Hindus and Ahmadis. An absence of an acknowledgment of this failure is unforgivable, and a plan to fix this is inescapable on the path toward realizing the Pakistan of our dreams.

Second: Pakistan as a democracy. This is a hard topic to discuss in the summer of 2022. Many Pakistanis have been deeply perturbed by the political upheaval this year. But events this summer only reaffirm Pakistan’s inherent democratic ethos. What events this summer have shown is that no institution has unlimited power and the assent of the governed remains vital to the functioning of the country. The deliberate manipulation of Pakistani democracy, in 2014, in 2018, or in 2022 has proven to be disastrous.

A high tolerance for intervention, manipulation, and elite capture does not mean that all who come will enjoy all-access passes for all time. Every general, judge, and politician that has made the mistake of taking the country for granted has suffered indignity. The accountability for messing with the will of the people needs to be tightened up dramatically. But let there be no doubt. Trying to muzzle news channels and newspapers, no matter what the pretext, simply reaffirms the incredible power of the people. A truly functioning social and political compact is one where the assent of the people is earned transparently – not when it is forced through compromised speech, blacklisted television talk show anchors, and decertified news channels.

People often wonder about what explains the durability and resilience of the 1973 constitution. I think the answer may be anchored in the universal truth with which the constitution’s preamble begins: “Sovereignty over the entire Universe belongs to Almighty Allah alone, and the authority to be exercised by the people of Pakistan within the limits prescribed by Him is a sacred trust.” That the “sacred trust” is violated by incompetent and corrupt individuals does not drain the universal truth of its validity. And the fact that every dictator, explicit or implicit, military or civilian, has been eventually forced to submit to the people of Pakistan is a powerful reaffirmation of Pakistan, as a democracy. InshaAllah, no matter what party you support, and no matter how many times there are interventions in how it works, be assured: Pakistani democracy will endure.

Third: Pakistan as an economic juggernaut. Pakistanis are still adjusting to the worst inflationary spike in the country’s history. So, how can the country be described as a future juggernaut?This one is decidedly more in the realm of one’s faith, than one’s analysis. The numbers and signs are not good. Though the current government seems to have miraculously steered the country away from the dumpster fire of sovereign default, the numbers and signs all point to yet another major economic crisis within the next eighteen months. There simply is not enough reformist conversation in the places that matter for us to believe anything different.

Despite all this, even a cursory assessment of the size of the country, its endowment of geography, the growing global economic competition between China and the West, and the demographics here all point to a long-term economic growth story that has been stuck in the pre-realization phase for over two decades. The numbers and the signs suggest pessimism. My faith in the destiny of the country prompts me to choose otherwise. Pakistan is going to emerge from the crisis-cycle that its elite have placed it in. By the time we celebrate one hundred years of Pakistani freedom, the most talked about story will be the economic independence of Pakistani women, men, and children that will define the next quarter century (just how is a topic for another day).

Fourth: Pakistan as a global crossroads and melting pot. Pakistan is the crystallisation of five civilizations: the Chinese-Mongols, the Buddhist-Hindu-Indian, the Afghan-Turkic-Central Asian, the Persian and the Arab-Islamic. None of these are mutually exclusive – but Pakistan isn’t just one of them, it is all five, all the time, for all time. This imposes a cost which Pakistan pays whenever people in Islamabad or Rawalpindi decide that Pakistan must be forced to be more of one than of another. The solution to this, in terms of how we organise the country internally, is federalism. The solution to this, in terms of how we organize the country’s relationships within the multiple regions that it is part of, is through adroit balancing and dynamic equilibrium across the great powers and the key regional actors.

The payoff for getting these two things right at the same time – the internal federalist melting pot and the external regional connector par excellence – is the peace, stability, and prosperity that I believe is every Pakistani’s birth right (Pakistan as an economic juggernaut). The situation in Afghanistan and Kabul’s addiction to the TTP should worry us in this regard. But this is not an existential challenge, it is a tactical one. A coherent national compact should be able to not only handle the challenge from Kabul but also support our Afghan sisters and brothers in helping that country – the veritable heart of Asia – to come out of its cycle of war and conflict.

Fifth and finally? Pakistan is the heartbeat of the global ‘young’. Pakistan’s median age is 23. In the next quarter century, these 120 million young people are going to start families, grow their businesses, invent new patents, and force the elite to give up more and more of their privilege. In doing so, Pakistan’s youth will be at the forefront of economic and social transformation. This is guaranteed not because there is any sign of creative life in the Pakistani state, but because there isn’t. Starved of fairness, equal opportunity and capable governance, young Pakistanis are going to build the ecosystem they need from scratch. Either that, or they will tear down the whole thing. As a believer, I am betting on the former.

InshaAllah, it is going to be a great 25 years to be alive. Pakistanis need to get ready to work our asses off. Our destiny awaits.

The writer is an analyst and commentator.