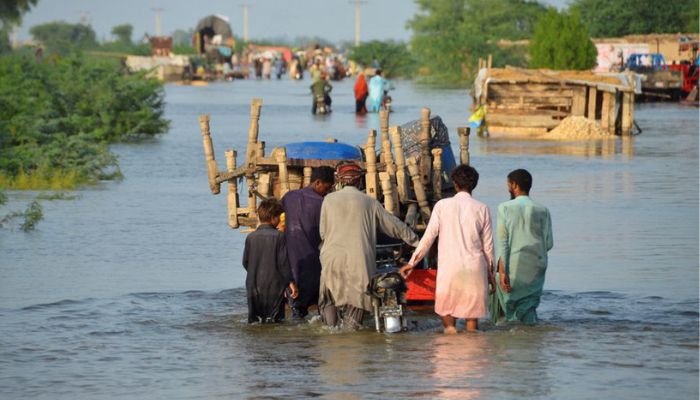 A Hindu temple in a small village in Balochistan set an example of interfaith harmony by opening its doors to at least 200 flood victims, most of them Muslims, according to a report by Daily Dawn.

Recent floods in Pakistan have displaced and devasted millions. The catastrophe has claimed over 1,300 lives. However, the Baba Madhodas Mandir in Jalal Khan village in the Kachhi district was affected relatively less as it is located on high ground, hence serving as a sanctuary for flood-affected people.

Locals reported that Baba Madhodas was a Hindu saint who was loved by Muslims and Hindus alike before the partition in 1947.

Iltaf Buzdar, a frequent visitor to the village, said his parents shared stories of the saint with him. They said that Baba looked at people “through the prism of humanity” and not their caste or creed.

The Hindu temple is often visited by Hindu worshippers from all over Balochistan.

While most people of the Hindu community have left the village to look for jobs and other opportunities, a few families have stayed behind to take care of the temple.

The current in charge, Rattan Kumar, 55, said that the temple had more than 100 rooms to accommodate pilgrims who came from all over Balochistan and Sindh every year.

Kumar’s son reported that a few rooms had been damaged by floodwater but the structure was mostly safe.

Not only were humans given refuge but people’s livestock including goats and sheep were also accommodated, the report said.

Those who were displaced after their homes were washed away in the flood said that initially they were cut off from the rest of the district and were being provided food items via helicopters. However, once they entered the temple, the Hindu community helped them.

“There were announcements on the loudspeaker by the local Hindus, calling upon Muslims to rush to the temple to take refuge,” Israr Mugheri, a doctor in Jalal Khan who has set up a medical camp inside the temple Dawn quoted him as saying.