Heavy rains likely in Karachi on August 13 and 14 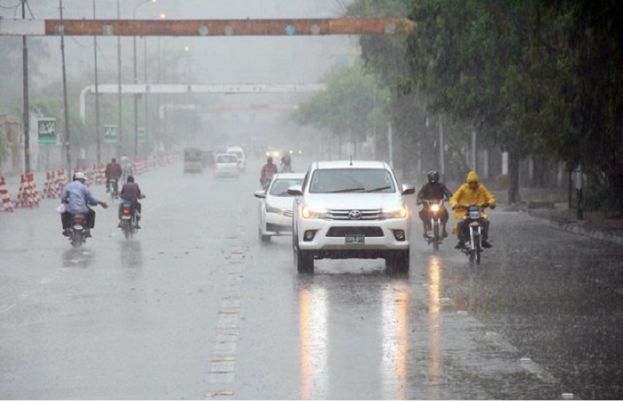 The metropolis may witness heavy showers on August 13 and 14 under the prevailing monsoon system.

According to the Pakistan Meteorological Department (PMD), monsoon currents from the Bay of Bengal are penetrating central and lower parts of the country.

A westerly wave is also present in the upper and western parts of the country, it added.

The PMD said that rain-wind/thundershower is expected in most parts of Sindh, Balochistan, while at isolated places in Kashmir, south Punjab, Khyber Pakhtunkhwa and Gilgit-Baltistan.

Heavy falls are also likely in Sindh and Balochistan on Friday.

The Met Office added that rain-wind/thundershower is expected in most parts of Sindh, Balochistan, while at scattered places in south Punjab, however at isolated places in upper Khyber Pakhtunkhwa, Kashmir and Gilgit-Baltistan on Saturday. Heavy falls are also likely in Sindh and Balochistan during the period.