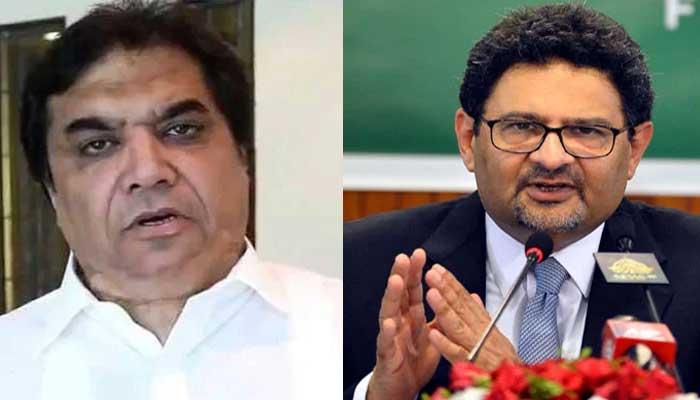 ISLAMABAD: A split among the ranks of the ruling PML-N seems to be deepening further as another party leader Hanif Abbasi has joined the anti-Miftah camp, blaming the finance minister for “neutralizing the efforts” of Prime Minister Shahbaz Sharif to uplift the country’s economy.

Hanif Abbasi has emerged as another critic of his own government after Abid Sher Ali.

Addressing a press conference here on Friday with the traders’ leaders, Abbasi said the prime minister was making all-out efforts but the finance ministry was neutralizing them, The News reported.

Urging the finance ministry to stop looting the people, he said new taxes were being imposed on the taxpayers.

Continuing his tirade, the PML-N leader said about 11 taxes had been imposed on the industrial sector bills due to which the workers might leave the industry. “My own driver got an electricity bill of Rs16,000,” he added.

Abbasi said every sector had been affected by the electricity bills. He further said that instead of taking decisions through the committees, there was a dire need to take immediate decisions.

Taking a swipe at the finance ministry, he said the country’s economy could not be maintained through looting.

In view of the floods, the former MNA urged the political parties to suspend their political activities for six months. Taking a dig at the PTI Chairman Imran Khan, Hanif said he [Imran] liked to collect funds for himself.