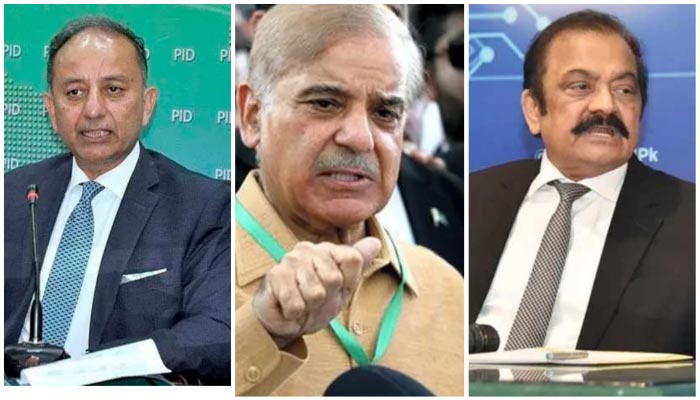 ISLAMABAD: The federal government Thursday doubled down on its demand, asking the Election Commission of Pakistan (ECP) to issue the verdict on PTI’s “foreign funding” case — which has been pending since 2014.

PTI’s founding member Akbar S Babar had filed the case in 2014, alleging that the party received foreign funding and the ECP, on June 21, reserved the verdict in the case.

Prime Minister Shehbaz Sharif said the foreign funding case is an example of “how ladla (blue-eyed boy) was being protected”.

Taking to his Twitter, the premier wrote: “[Nawaz Sharif] was convicted for not taking a salary, ‘Ladla‘ is untouchable. Eight years on, the decision is still elusive.”

He further mentioned that in order to stop the foreign funding case, Khan filed nine writ petitions in the Islamabad High Court and got 50 adjournments.

Meanwhile, Interior Minister Rana Sanaullah also took to his Twitter to urge ECP to “immediately” announce the verdict of the foreign funding case.

“PTI Lawyers resorted to delaying tactics for eight years by filing nine writ petitions during the proceedings but now the decision is already reserved,” he wrote, adding that a further delay is “incomprehensible”.

PTI hid funds worth millions of rupees from ECP: report

The ruling PTI hid funds worth millions of rupees from the ECP, the report of an ECP scrutiny committee probing the party’s funds revealed on January 4.

The report stated that the PTI provided “false information” regarding the party’s funding to the ECP. It said that the State Bank of Pakistan (SBP’s) bank statement revealed that the party had received Rs1.64 billion in funding.

According to the report, the party did not disclose funding worth more than Rs310 million to the ECP.

The scrutiny committee was formed in 2019 to audit foreign funding received by the PTI.