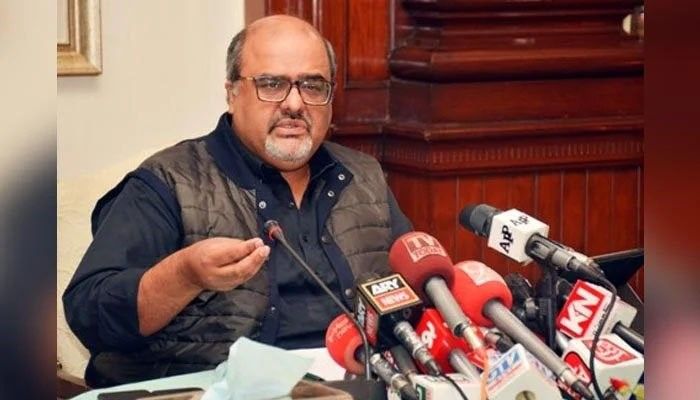 The federal cabinet, which met with Prime Minister Shehbaz Sharif in the chair, also approved adding other names to the ECL and removing 22 names from the list, according to a statement issued by the Prime Minister’s media wing.

According to sources, the government was intentionally not disclosing the names of those who were placed on the ECL and struck off.

According to sources, Shahzad Akbar’s name was placed on the ECL at the request of the National Accountability Bureau, The News reported.

Akbar left for Dubai on April 17, from where he flew to London five days later, five days after the Islamabad High Court (IHC) suspended FIA orders placing his name on the stop list.

Summary for increase in prices of medicine rejected

The cabinet also rejected a summary for an increase in the prices of 35 medicines, the media wing of the Prime Minister’s Office said.

Even though the cabinet didn’t agree with the summary, it told the Ministry of National Health Services Regulations and Coordination not to raise the prices of medicines without its permission.

Health Minister Abdul Qadir Patel, who was also present in the meeting, also opposed the summary.

The sources said that the draft of declaration against the PTI chairman to be submitted to the Supreme Court in light of the decision of the Election Commission of Pakistan (ECP) on the foreign funding case could not be presented in the meeting.

Some cabinet members, including Syed Khursheed Shah, and particularly those belonging to the PML-N allies, also questioned the increase in POL prices.

Other approvals from cabinet

The cabinet also approved the decisions of the Economic Coordination Committee (ECC) meeting held a day before about the following: Authorisation of Government Married Accommodation to Defence Security Force (DSF) Personnel (Amendment to Army Regulations, 1998), Amendment to Annex A to Rule 11 of Scales of Rations and Supplies (Regulations), 2015, Amendments to the National Skills University Act, 2018, Appointment of Law Officers in Office of the Advocate General, ICT, Islamabad by Amending the President’s Order 1 of 2015; and Pakistan Veterinary Medical Council (PVMC) Employees Service Regulations, 2022.

The cabinet also approved the Ministry of Finance’s recommendation regarding the fixation of the minimum limit of Diyat amount for the years 2022–23, equal to 30,630 gram silver, which amounted to more than Rs430,000 approximately.

The cabinet was given a detailed briefing on the impacts of climate change in the country. The meeting was informed that Pakistan had been included among the top eight worst climate-affected countries in the world during the last 10 years, which was a matter of grave concern.

The cabinet was told that climate change had also badly affected the natural resources and the increase in population was one of the main reasons.

Prime Minister Shehbaz Sharif said that climate change, water security and food security were three inter-connected challenges and to cope with these issues, they would have to take immediate steps to save future generations from their impacts.