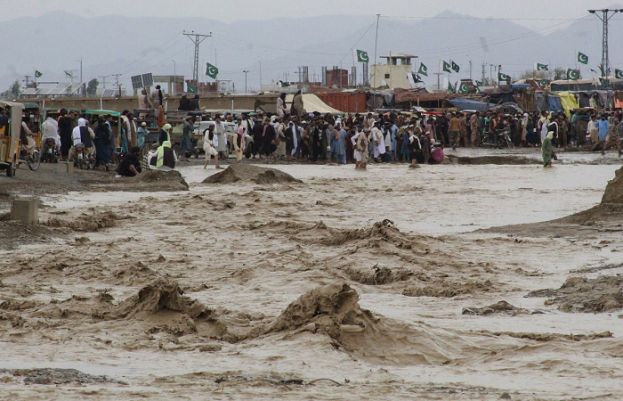 Repercussions may include higher imports, compromise on exports and rising inflation, which will undermine efforts of the government to tackle the macro headwinds. “Based on our preliminary estimates, the current account deficit may increase by $4.4 billion (1% of GDP) – assuming no counter-measures are taken, while around 30% of the CPI basket is exposed to the threat of higher prices.

The unusual heavy monsoon rains and flash floods are initially estimated to cost Pakistan’s economy over $4 billion in the current fiscal year as the calamity has badly hurt agricultural activities in Sindh and Balochistan. While it is early to assess the actual impact, Pakistan, where agriculture has a 23% share in gross domestic product (GDP), can remain highly vulnerable in the aftermath of the floods.

The situation may force the government to make additional import of cotton worth $2.6 billion, wheat worth $900 million and the country will lose textile exports of around $1 billion. This comes to around $4.5 billion (1.08% of GDP) in current fiscal year 2022-23. Owing to the flash floods, the consumers are expected to face supply deficit of household groceries such as onion, tomato and chilli.

The worst affected crop is cotton. Farmers produced 8 million bales in the previous fiscal year, but now they will again have a poor crop, like previous years, amid heavy rainfall in Sindh. “Cotton sowing has reportedly been destroyed to a large extent (in Sindh), it said. “Assuming the country requires import of cotton to fulfill 80% of demand this year, the import bill will likely exceed $4.4 billion (+144% year-on-year) in FY23.

On the other hand, any unavailability of imported raw cotton or other unprocessed textile will negatively impact the country’s textile exports,” the research house said. Rice is another crop that is expected to endure massive damage in the ongoing floods. It is among the few crops where the area under cultivation has increased significantly in the recent past (+20% in two years). It contributes $2.5 billion in annual exports. “Damage to rice crops will result in loss of exports, in addition to a slight reduction in GDP growth and higher CPI inflation.”

As water from the flash floods is believed to take two to three months to disappear, the aftermath is likely to result in delay in wheat and edible oil seed sowing. Delay in wheat plantation will be a double blow as many farmers have already switched from wheat to edible oil seed cultivation. Moreover, the post-flood situation is also expected to negatively impact the yield of upcoming wheat crops. With the delay in sowing and higher wheat import prices, the import of 15% of wheat demand of 30 million tons may take its import bill to $1.7 billion in FY23.

Alongside crops, more than 500,000 livestock have reportedly perished in the floods. This will add to the burden on the rural people, already reeling from higher diesel and fertiliser prices, and will lead to the shortage of milk supply. Moreover, the shortage of livestock, coupled with the probability of disease outbreak among the cattle, can also cause the scarcity of meat. Besides, tomato prices have already started increasing due to the monsoon.

This together with wheat, edible oil, milk and meat hold 18% weight in the CPI basket. It poses the risk of high food inflation (at 28%; 13-year high). “Any risk to food security, shortages and bottlenecks in supply chain will cause an increase in our existing FY23 CPI estimate of 21%.” “We expect fertiliser, banks, tractors and oil marketing companies to be among the sectors that will be negatively impacted by the flash floods.