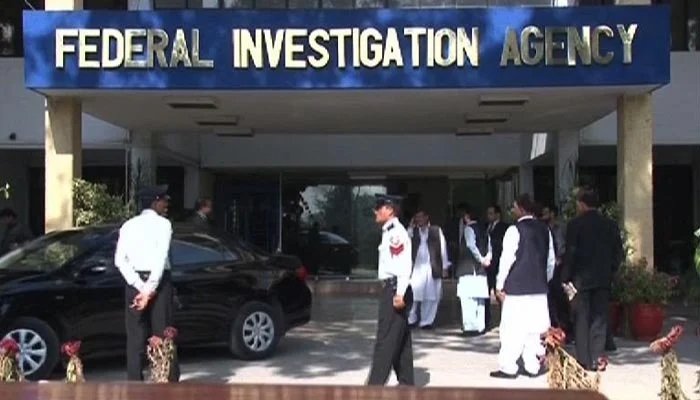 An investigation of the malicious social media propaganda following the martyrdom of army officers in the Balochistan helicopter crash has been entrusted to the Federal Investigation Agency.

An inquiry was registered at the FIA Cyber Crime Wing, it emerged on Sunday.

“The social media campaign belittling and ridiculing the sacrifices of our martyrs was horrifying,” he wrote in a message on Twitter.

The prime minister attributed such vitriol to “self-righteous political narratives”.

“They poison the minds of the youth and weaponise hate speech. Which way are we headed?” he asked.

He stressed on the need for “deep reflection” in the midst of such an unfortunate atmosphere.

“The way this happens on social media, we have to look into this and reject such elements involved in it,” he said.

“We can do this collectively. That’s why we issued a press release as it was important to highlight this matter. This has to be condemned at every level.”

The press release issued by the ISPR stated: “We have been distressed since the accident on August 1. The propaganda has caused immense pain, particularly to the families of the martyrs,” he said.

Emphasising that this should not happen, Maj Gen Iftikhar said that elements spreading negative propaganda and rumours should be rejected.

“Insensitive behaviour is unacceptable and should be condemned on every platform,” he asserted, adding that the Pakistan Army is grateful to the nation which continues to stand by them and the martyrs.

A Pakistan Army helicopter had gone missing on August 1 in Balochistan during flood relief efforts and was reported crashed by the ISPR the following day. It was found near Musa Goth in the Lasbela district. Six military personnel were martyred.

The military chopper had gone missing as it was en route from Quetta to Karachi at around 5:30pm.

The personnel in the chopper were overseeing flood relief efforts in the southwest of the country.