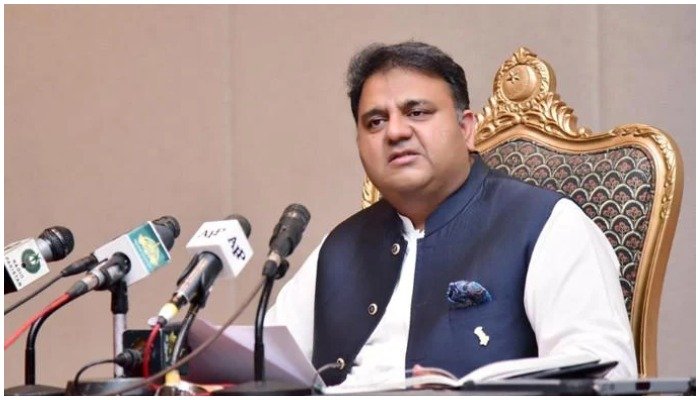 PTI’s Senior Vice President Fawad Chaudhry on Sunday once again criticised the incumbent government’s policies and termed PM Shehbaz Sharif’s ideproposal for a charter of the economy a “foolish idea”.

The former information and broadcasting minister took a jibe at PM Shehbaz and said that “the refusal of the head of the imported government to hold elections is a reflection of his desire to cling to power at all costs”.

“This charter economy is a silly idea. Political parties only join heads to develop a political framework. Having a unanimous economic framework is only found in communist systems,” he wrote on Twitter.

He added that “no sane person” could support the “disastrous economic policies of the crime minister’s government”.

Referencing PTI Chairman Imran Khan’s jalsa in Lahore on the eve of August 14, Fawad wrote: “Last night, millions of people who participated in [PTI’s] Lahore Jalsa declared that the realisation of the dream of freedom was incomplete until real freedom was achieved.”

“The nationwide movement has already started. Insha Allah, this government is a guest for a few more weeks,” he said.

A day ago, PM Shehbaz Sharif, in a televised address to the nation, had said that there was no concept of a country’s independence without economic self-reliance.

The prime minister reiterated his call for the formation of a “charter of the economy”, saying that the time has come for Pakistan to head in the right direction.

“We should keep national interest above personal interest […] as real political leadership does not look towards the next elections, but at the future of the next generation,” he has said.

“Most importantly, we will need to revive the passion that led to the creation of Pakistan,” he said, noting that this passion will lead to the establishment of a great nation.