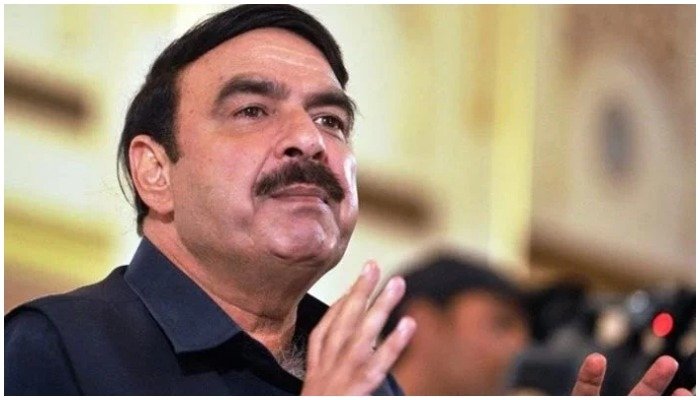 Former interior minister Sheikh Rasheed Ahmed, while reacting on Tuesday to the ruling coalition’s objection to the Supreme Court’s decision to continue the hearing on the Punjab chief minister’s election with the current three-member bench, said that it is “extremely unfortunate” that the chief justice’s bench was dubbed a “fixed bench.”

The Supreme Court of Pakistan on Monday rejected a petition seeking the formation of a full bench for hearing the case pertaining to the Punjab chief minister’s election — where Hamza Shahbaz defeated Pervez Elahi.

Rasheed said that the coalition leaders should then say who their favourite judges are.

As the politician continued his criticism of the coalition government, he said that the “economy is being destroyed” and that PML-N is also “trying to avoid the elections”.

Meanwhile, senior SC lawyer Salman Akram Raja said that a full court is not necessary in the case. Instead, a larger bench should look into the matter.

Raja said that he still stands by his statement that the letter of PML-Q president Chaudhry Shujaat Hussain “does not have any value”.

“The parliamentary party’s head has a standing, not the party head,” he said, adding that it was “wrong” of the Punjab Assembly deputy speaker to give importance to the party head’s letter.

Earlier, taking to her Twitter account in reaction to the SC verdict, PML-N Vice President Maryam Nawaz said that there was only one reason for the apex court not forming a full bench — “fear”.

“Fear of the contradiction of its own decision,” the PML-N stalwart wrote.

Saying that she was “almost sure” that a full court will not be formed, Maryam added that when decisions are “not taken in accordance with the Constitution, law, and justice, then the formation of a full court is deemed dangerous”.