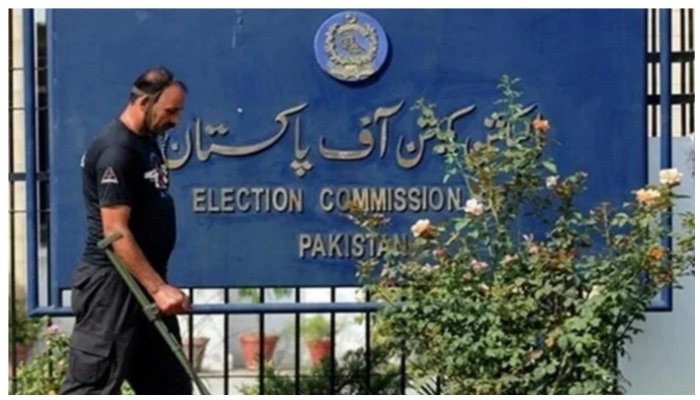 The Election Commission of Pakistan (ECP) on Sunday decried the “misleading propaganda” being carried out regarding some decisions and events and clarified that the body has “not allowed any government to interfere in the electoral process.”

According to a statement issued by the commission’s spokesperson, propaganda was being spread against the ECP regarding the issue of secret balloting in the Senate election.

He said that Article 226 of the Constitution has clearly stated which election shall be conducted following the process of secret balloting, therefore, the commission could not be declared guilty of violating the Constitution.

The spokesperson, in the statement, said that news regarding the ECP refusing to issue the notification about PPP Senator Yusuf Raza Gilani being the winner of the Islamabad general seat for Senate at the request of the PTI was also part of propaganda.

“Why wouldn’t Gilani be not notified when the results were issued after the voting in the National Assembly? What would be the legal justification for withholding the notification of any winning candidate?” the spokesperson asked, adding that the ECP taking action against PPP’s Ali Musa Gilani was also based on propaganda.

The spokesperson further said that the way elections were rigged during the Daska by-election has been unprecedented, adding that since two high-level inquiries proved that the presiding officers were kidnapped, while the police and the administration revealed surprising facts about the rigging in their statements, then the ECP’s decision to reorder polling was justified.

The ECP spokesperson maintained that 80% of the successful candidates were not from the ruling party in all the by-elections, while the body did not allow any government to interfere in the electoral process.

“The government was not allowed to interfere in the by-elections of 20 constituencies of Punjab as the ECP had sent out a clear message that if anything of that sort happened, strict action would be taken,” he said, adding that improved security deterred gunmen and outside meddlers during the election because of which all political parties accepted the election results.

Regarding the introduction of electronic voting machines (EVMs) in the polls, the spokesperson said that only two countries in the world, India and Brazil, were using EVMs at the moment.

“Both countries took 22 to 25 years to adopt this system, respectively. Elections are held at different times in Indian states,” he said. “ECP officials also met with the Brazilian ambassador to discuss the issue, and he said that it would be a ‘miracle for the EVMs system to be used in Pakistan by October 2023 elections'”.

He further stated that the ECP was currently working on EVMs as well as finding a mechanism to allow overseas Pakistanis to cast their votes in future elections.

In this regard, the spokesperson said that the report of the system made by the National Database and Registration Authority (NADRA) for overseas voting has been submitted to the Parliament under the order of the Supreme Court, but to date, no discussion could be held on that.

The government also got the system audited by an international firm, he said, adding that the then secretary of the Information and Technology department and representatives of the international firm briefed the commission.

According to the briefing, if the system created by NADRA was employed, the election would be “suspicious and controversial”.

“Should the ECP adopt the system which experts and government representatives have such opinions about?” he questioned.

The spokesperson further said that PTI’s Faisal Vawda’s case was under hearing in the Supreme Court, so any comment regarding that would not be appropriate.