Did UK govt ask Nawaz Sharif to leave by Sept 25? 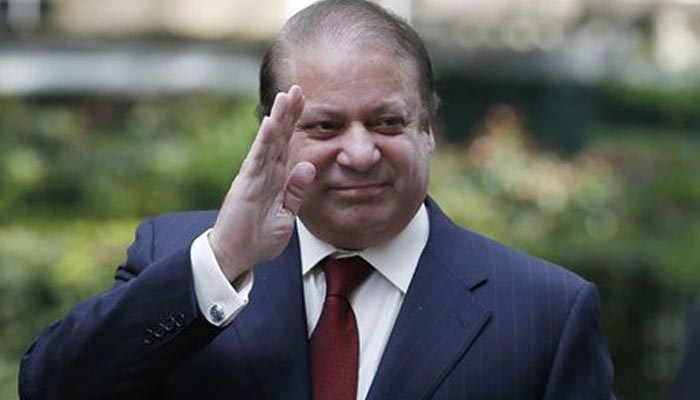 LONDON: Former prime minister Nawaz Sharif’s appeal at the UK Immigration Tribunal has not been heard in over a year since the ex-premier’s extension of stay application was refused by the UK Home Office.

Credible sources inside the UK government have shared with Geo News that Sharif’s appeal has yet not been heard at the First Tier Tribunal due to several factors. One of the reason for the delay in the hearing includes Home Office’s request to seek an extension to file its bundle in response to the representations made by Sharif’s lawyers.

This meant that Sharif was not required to leave the UK until he had exhausted all his appeal rights in the United Kingdom. Soon after his lawyers lodged an appeal in August last year, the said appeal is still outstanding in the First Tier Tribunal (FTT) and waiting to be heard before the FTT judge.

On the Pakistani social media circuit, a piece of news circulated on Tuesday August 16 that Sharif has been asked by the UK government to leave the country by September 25 but the UK govt sources have said that this was fake news as Sharif’s appeal has to pass through several stages before a final decision is made.

The UK government source said that Sharif’s appeal has not yet been heard by the First Tribunal on the merits of the case.

On February 18, a case management hearing took place at the First Tier Tribunal where Sharif was represented by his lawyers.

There was no need for Sharif to attend the case management hearing and that is where a time schedule was agreed upon for all parties to file their bundles for the case to progress. It’s understood that a hearing is scheduled to take place soon.

Barrister Ghulam Mustafa, who is working as a senior immigration lawyer and head of the immigration department at a London-based law firm Law Lane Solicitors, explained the whole process and said that Sharif’s appeal process has a long way to go as this is a first stage of the appeal. Even if Sharif’s appeal is not allowed at this stage, this will not mean that it is the end of his appeal rights in the United Kingdom.

“Once the First Tier Tribunal hears the case, the judge will deliver his decision usually within a few weeks and in rare cases, the decisions have been witnessed to have been promulgated by the honourable judges after a few months from the date of the actual hearing. However, there have been delays in the FTT hearings and decisions mainly due to COVID-19,” said Mustafa.

Mustafa explained that if Sharif’s appeal is upheld in favour of the Home Office and/or overturned in favour of the appellant at this stage, both the parties will have a right to make an application for permission to appeal to the Upper Tribunal within 14 days from the date of the decision of the FTT and this permission needs to be sought from the First Tier Tribunal itself at the first stage.

This application is based on any error of law of the FTT judge’s decision to dismiss the appeal.

He explained: “If the First Tier Tribunal refused permission, either aggrieved party will be able to take another bite to the cherry in that by way of making a further application for permission to appeal to the Upper Tribunal (UT) directly within 14 days of the decision based on an error of law.

“If the Upper Tribunal judge accepts that there was an error of law committed by the FTT judge, in that scenario he may order and remit the case to FTT for a fresh hearing before a different judge of the FTT.

“If the UT judge finds no error of law the matter is then certified by the judge and hence all appeal rights are exhausted by the party challenging the decision.

“However, if the UT judge does not certify the decision but in any event refuses permission then the aggrieved party may challenge the decision to the next stage in the Court of Appeal by way of seeking permission to appeal in the said court. Needless to mention here, the high court is excluded in this process as this is also known as a leapfrog rule.”

Mustafa said that since Sharif is at the initial stage of the appeal process, it may take at least over a year before a final decision is taken on his case.

“Thus all news regarding his return seems speculative in nature,” he said.

Sharif arrived in London nearly three years ago in November 2019 in an air ambulance to seek further medical treatment for multiple diseases after he was allowed to leave Pakistan by the Pakistani Courts.

He was accompanied by his brother Shehbaz Sharif and a personal physician as he was taken to his London residence at Avenfield apartments.

The former prime minister had arrived in London for a few weeks only and he has been getting regular medical check-ups at the Harley Street clinic. He decided not to return to Pakistan and initiated his speeches to party workers from London and has been conducting party affairs ever since from here.

There are reports that the PML-N wants him to lead the next elections campaign, but he has not finalised his plan to return to Pakistan.

In a recent speech, the former premier Imran Khan speculated that the current government led by Pakistan Democratic Movement (PDM) plans to bring Sharif back to Pakistan soon.