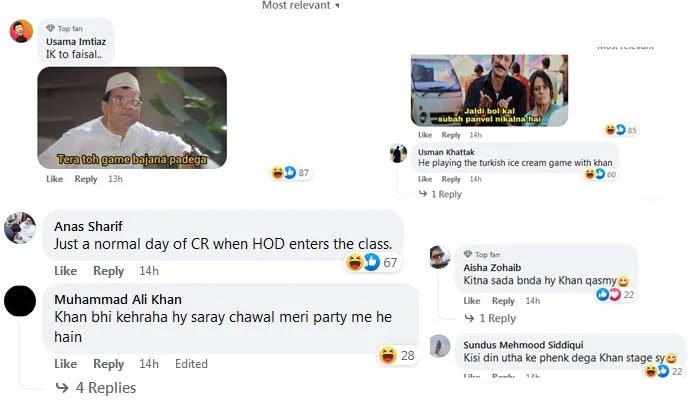 A video clip from PTI’s “Haqeeqi Azadi jalsa” at Lahore’s National Hockey ground on Saturday is making rounds on social media where PTI leader Faisal Javed Khan is welcoming Imran Khan to take the stage in his traditional way.

The reason why the clip has taken the internet by storm is that many netizens have likened it to the famous Turkish ice cream trick, where the vendor dupes the customer while handing over the ice cream but doesn’t really let them have it.

As seen in the video, Imran stood next to Faisal who was introducing his leader to the audience with great enthusiasm but the former seemed to be in a rush to get hold of the microphone.

While Faisal was introducing Khan, he couldn’t realise that his leader tried to grab the mic multiple times.

Netizens also reacted to the video hilariously in the comments section. Have a look at the reactions here: