Despite global inflation, Pakistan not as vulnerable as people think: SBP 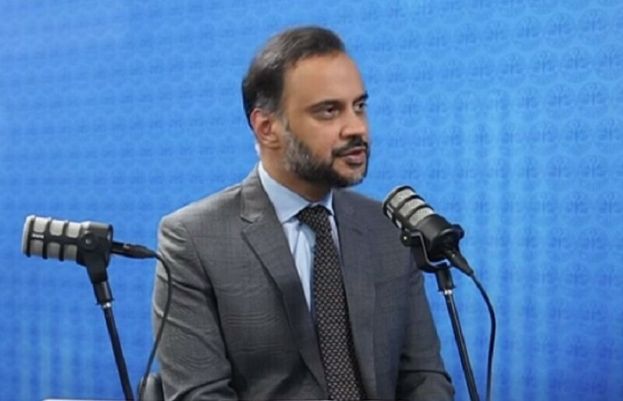 State Bank of Pakistan (SBP) Acting Governor Dr Murtaza Syed has refuted talk that the country was headed towards an economic catastrophe, saying “Pakistan is not vulnerable as [is] being assumed amid burgeoning global inflation”.

Dr Syed made this observation during a podcast conducted by the SBP on Saturday discussing the overall economic situation. This is the second time within a span of 24 hours that the SBP acting governor addressed the economic situation.

Fears have risen about Pakistan’s stuttering economy as the rupee fell nearly eight per cent against the US dollar in the last trading week, while forex reserves stand below $10 billion with inflation at the highest in more than a decade.

Yesterday, he told Reuters that Pakistan’s s $33.5 billion external financing needs were fully met for financial year 2022/23, adding that “unwarranted” market concerns about its financial position will dissipate in weeks.

In the podcast, the SBP governor underlined that Pakistan was not vulnerable “because it has the International Monetary Fund (IMF) cover”.

He shared the examples of countries like Ghana, Zambia, Tunisia and Angola, saying they would suffer economically owing to their not being in an IMF programme.

“Other countries having no IMF programme will suffer badly in the next 12 months due to rising global inflation,” he said.

He insisted that the IMF programme was “on track” as the staff-level agreement had been received, which according to Dr Syed, was a significant milestone.

“We achieved the agreement on July 13 which means the IMF staff is satisfied with our measures to complete the review.”

He added that Pakistan’s debt-to-GDP ratio was 70 per cent, which is lower than Sri Lanka, Ghana and other countries whose comparisons were being drawn with each other.

He explained that short-term debt had to be looked into. “In our case, it is 7pc [of total external debt].”

“It is also important to see on what terms borrowing is made. Mere 20pc of our external debt is based on commercial terms, while the rest is concessional, which is easier to return.”

Underlining measures taken by the SBP and the government to streamline the economy, he stressed the need to analyse the adjustment of policies.

“In Pakistan’s case, since our growth rate is doing well, we can afford to slow the economy and work is underway [on it],” he added, and mentioned the recent interest-rate hike as one of those measures.

Dr Syed said the next 12 months would be “difficult” for global economies in view of the “inflation supercycle”.

In response to a question, he said the acting governor has all authorities as that of a governor, except “signing on currency notes”.

SBP Deputy Governor Dr Inayat Hussain said the country’s reserves were sufficient enough to carry it through the next few months.

He also informed the host that the country had gold worth $3.9 billion which was in addition to the overall reserves of over $9 billion.