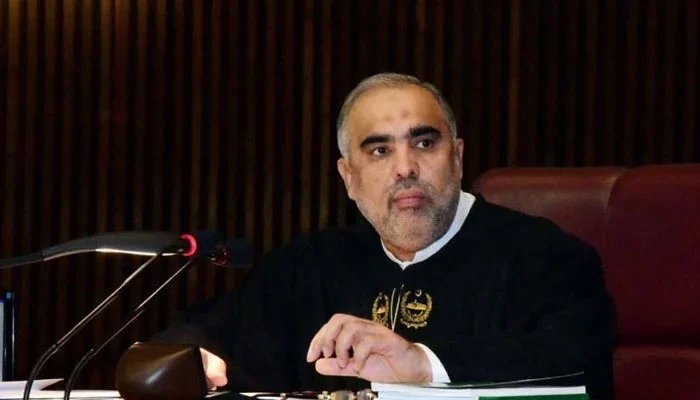 The anti-corruption watchdog had summoned the former National Assembly speaker for questioning him today, but he refused to appear before the body as he had challenged their decision to summon him a day earlier.

In a short order issued after today’s hearing, the court prohibited the anti-corruption watchdog from investigating the ex-NA speaker till the next hearing.

The court, in the order, asked the FIA what were the directions that the Election Commission of Pakistan (ECP) has issued to the body regarding the probe.

The high court also asked the FIA whether the summoning of the former NA speaker was based on “malintent or whether it was politically influenced”.

In a unanimous ruling, the election commission’s three-member bench had said earlier this month it found that the PTI received prohibited funding.

The case was earlier referred to as the “foreign funding” case, but later, the election commission accepted the PTI’s plea to refer to it as the “prohibited funding” case.

As per the 68-page order, the commission states that the Imran Khan-led PTI, indeed, received funding from foreign companies and individuals, but the party did not declare it.

The ECP’s verdict states that the PTI received funds from 34 individuals and 351 businesses, including companies.

Moreover, the ECP found that the PTI chairperson submitted a false Nomination Form I and that the affidavit provided regarding party accounts was false.

For now, the ECP has issued a show-cause notice to the party to explain why the prohibited funds should not be confiscated.