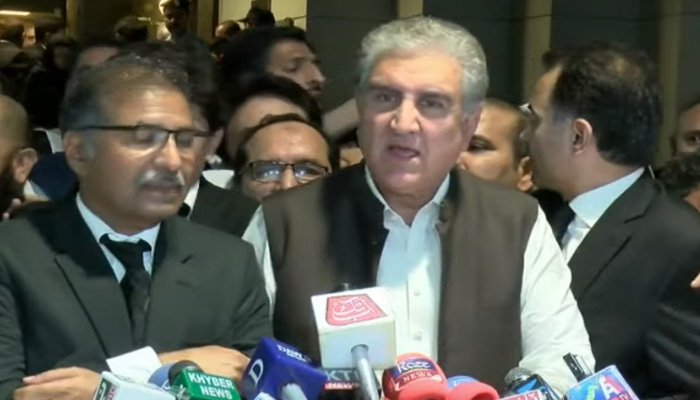 Following the verdict of the Supreme Court of Pakistan to instate PTI’s candidate Pervez Elahi as the chief minister of Punjab, the party’s senior vice chairman Shah Mahmood Qureshi said that “today, the Constitution’s rule has been accepted and the Pakistani people’s mandate has been respected”.

“On July 17, the people of Pakistan accepted Imran Khan’s narrative wholeheartedly and we reject this imported government,” the ex-foreign minister said in a press conference.

A three-member bench of the Supreme Court today declared Deputy Speaker Dost Muhammad Mazari’s ruling in the Punjab Chief Minister election “illegal” and ruled that Pervez Elahi will be the new CM of the province.