Climate change behind ‘extraordinarily above normal rains’ in Sindh, Balochistan 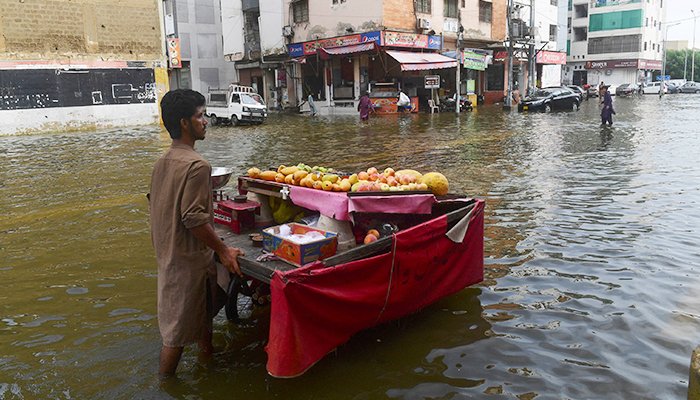 In the month of August alone, Sindh received 495% more rains, while Balochistan received 237% more rains in the first 19 days of the current month.

“The monsoon systems that wreaked havoc in Sindh and Balochistan in this season were so strong that they also resulted in rains in Afghanistan, Iran and the Middle East. This is an unusual phenomenon and we have to monitor it to see if it becomes a new normal in the years to come”, Dr Sarfraz said.

Several other meteorologists associated with PMD and from other South Asian countries have been warning for the last several years that the rising temperature of the Indian Ocean and the Arabian Sea may result in torrential rains and extreme weather events for southern parts of Pakistan, especially the coastal areas of Sindh and Balochistan.

There is a need to study this pattern to predict whether monsoon would continue to cause such rains in the future, he said.

He maintained this year, the spring season was not observed in Pakistan and unusual rains indicate that country is witnessing the impacts of climate change, he said.

“We are monitoring the situation very closely, but climate change is to blame for this unusual monsoonal activity in Sindh and Balochistan”, he said.

He warned that high moisture following monsoon rains may result in heavy smog and fog in the plains of the country in the months to come. It was too early to predict winter and snowfall in the northern parts of the country, he said.