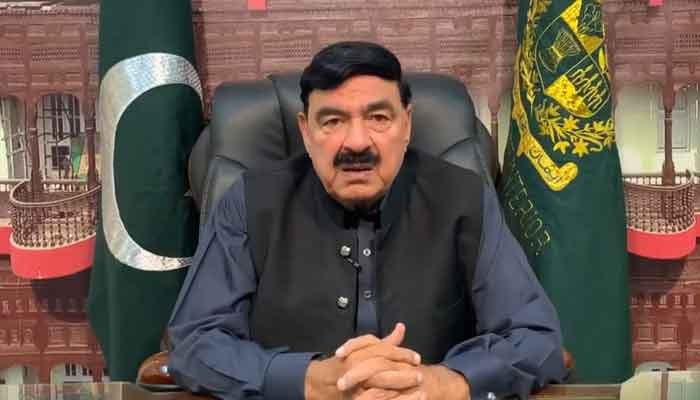 A case has been registered against unknown persons after former interior minister Sheikh Rasheed complained of receiving threatening calls at his residence’s landline number.

The former interior minister and chief of Awami Muslim League Sheikh Rasheed filed an application in Kohsar police station against the unknown persons as he received threatening calls.

Sheikh Rasheed in his complaint stated that he had been receiving threatening calls from unknown persons.

“I have been receiving death and kidnapping threats from unknown phone numbers,” he added.

In addition, the former minister has also stated that he had informed other relevant agencies except for the police about receiving threatening calls.

Upon the complaint, a case has been registered under section 306 and Telegraph Act 25-D against unknown persons.