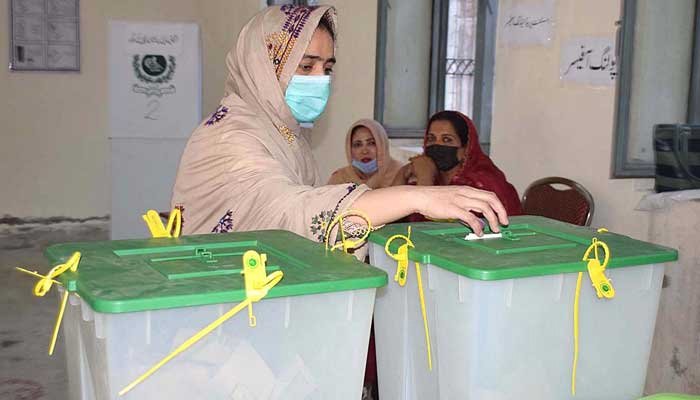 ISLAMABAD: The Election Commission of Pakistan (ECP) Tuesday announced that by-polls and Karachi’s local body elections would take place on their respective dates.

Both the elections were delayed earlier as well, but now, the commission has refused the requests of authorities seeking to postpone the polls.

However, the commission has delayed the by-election in the NA-45 constituency due to security concerns.

The ECP made the decision during a meeting under the chairmanship of Chief Election Commissioner (CEC) Sikandar Sultan Raja after the federal and Sindh governments expressed reservations over holding the polls due to a lack of security personnel, among other reasons.

The meeting took place just days after the federal government had asked the commission to delay the October 16 by-elections for at least 90 days as a “political party” was planning to “besiege” the capital later this month.

PTI Chairman Imran Khan has announced holding his “Azadi March” in the capital and has started mobilising his party. The ex-prime minister has held several meetings and organised rallies at different points in the country in the lead-up to the march.

The by-elections were originally scheduled to be held during September, but the ECP put them off, citing the unavailability of security personnel in the wake of catastrophic floods — that have left over 1,700 dead.

“On the basis of credible reports from Intelligence Agencies, it has transpired that a political party is planning to besiege the federal capital between October 12-17 […] which coincides with the [election] date,” a letter from the Interior Ministry to the ECP said in an apparent reference to the PTI.

In light of the intelligence reports, the Interior Ministry said it was crucial to have all the available resources in the capital in order to maintain peace.

Citing other reasons, the ministry said that calling in the forces to ensure security during the by-elections — which will take place simultaneously in different cities across Pakistan — would put a “strain” on them.

The letter mentioned that the Pakistan Army, Frontier Corps, Rangers, and other LEAs were busy in flood-relief works in coordination with the national and provincial disaster management authorities.

In its letter to the ECP earlier this month, the Sindh government — for the third time — had asked the commission to delay the polls, citing inadequate police resources to maintain the law and order situation in the province.

The second phase of the local body polls was originally scheduled to take place in July, but unprecedented rains and floods hampered the commission’s plans to hold the election.