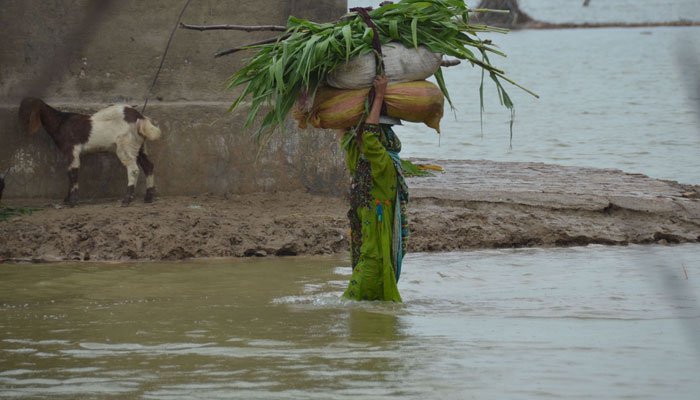 Four more people have died in the rain and flood-related incidents in Balochistan during the last 24 hours, according to the Provincial Disaster Management Authority (PDMA).

A report issued by the PDMA Balochistan said the death toll since June 1 in the rain-destructed province has reached 234. The deceased include 110 men, 55 women and 69 children.

The report stated that these deaths occurred in Bolan, Quetta, Zhob, Dukki, Khuzdar, Kohlu, Kech, Mastung, Harnai, Qila Saifullah and Sibi. Quetta witnessed the highest number of deaths. At least 27 people lost their lives in the provincial capital and 21 in Lasbela. Seventeen deaths were reported in Pishin.

Meanwhile, 98 people sustained injuries in various accidents during the rains in the province, the PDMA report said. The injured include 55 men, 11 women and 32 children.

Lashing rains and accompanying flash floods caused damage to a total of 27,747 houses in the province. Meanwhile, over 107,377 livestock were washed away by flash floods.

Also, the flash floods have devastated several standing crops in the province.

Pakistan has urged the international community and philanthropists to help with relief efforts as it struggles to cope with the aftermath of torrential rains that triggered massive floods, killing more than 900 people.

According to the United Nations Office for Coordination of Humanitarian Affairs (OCHA), heavy monsoon rainfall and floods have affected some 2.3 million people in Pakistan since mid-June, destroying at least 95,350 houses and damaging a further 224,100.

Sindh and Balochistan are the two most affected provinces. More than 504,000 livestock have been killed, nearly all of them in Balochistan, while damage to nearly 3,000 km of roads and 129 bridges have impeded movement around flood-affected areas.

July’s national rainfall was almost 200% above average, Sardar Sarfaraz, a senior official at the metrological office told Reuters on Wednesday, making it the wettest July since 1961.

Climate Change Minister Sherry Rehman, in a Twitter post, revealed that over 900 people have died and thousands of people have been displaced due to floods, adding that a “humanitarian crisis” had arisen across the country.

The main supply route from the port city of Karachi has been cut for more than a week after a bridge linking it to Balochistan was swept away, while dozens of small dams in the province were overwhelmed.

“All commercial banks and their branches can collect donations in the Prime Minister Flood Relief Fund 2022 as per State Bank of Pakistan circular,” she said, adding that overseas Pakistanis can also send donations through wire transfers, money service bureaus, money transfer operators and exchange houses.