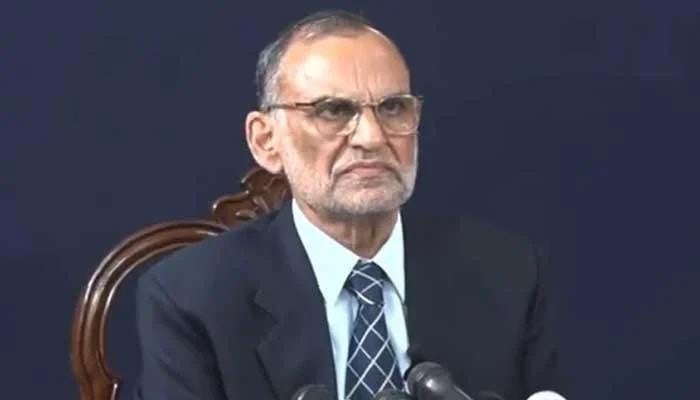 ISLAMABAD/LAHORE: Senator Azam Swati on Thursday approached the Supreme Court for the transfer of all cases filed against him in Sindh and Balochistan for the controversial tweets he made against senior military officers to Islamabad.

The plea was filed by his lawyer Babar Awan in which the federation, director general of Federal Investigation Agency (FIA) and inspector general of Sindh and Balochistan were made parties.

Swati, stated in his petition, that the federal agency arrested him in a false case. He added that multiple cases were registered against him in the country.

Swati added that he faces a security threat when appearing for cases registered against him in different parts of the country.

In such a case, the senator appealed to the apex court to order the consolidation and transfer of his cases registered against him in Sindh and Balochistan to Islamabad.

The senator also appealed to the court that the “operation of FIR’s” registered against him be suspended till his plea is heard.

“The Petitioner invokes Constitutional jurisdiction of this Honourable Court inter alia on the question of larger public importance and seeks the remedy of transferring all the FIR’s at once place/jurisdiction to enable the petitioner to effectively defend himself,” stated the petition.

On the other hand, PTI leader Yasmin Rashid filed a petition at the Supreme Court’s Lahore registry against Swati’s arrest, terming it “illegal”.

Rashid claimed in her petition that the senator was arrested on political grounds.

“Action should be taken against those responsible for Azam Swati’s arrest,” read the petition.

It added that his family was illtreated and a notice should be taken against this act. It also asked to ensure the sanctity of the house.

The PTI leader also said that the women will protest against Interior Minister Rana Sanaullah’s treatment towards women.

“We are hopeful that the chief justice would give us justice,” she said, adding that she will also file a plea against JUI-F chief Maulana Fazlur Rehman.

The PTI leader was once again arrested for speaking against senior military officers last week on Sunday from his farmhouse located in Chak Shahzad, Islamabad.

The same day he was presented before a magistrate which approved Senator Swati’s two-day physical remand.

The senator was once again presented before court on Tuesday and his remand was extended for four more days.