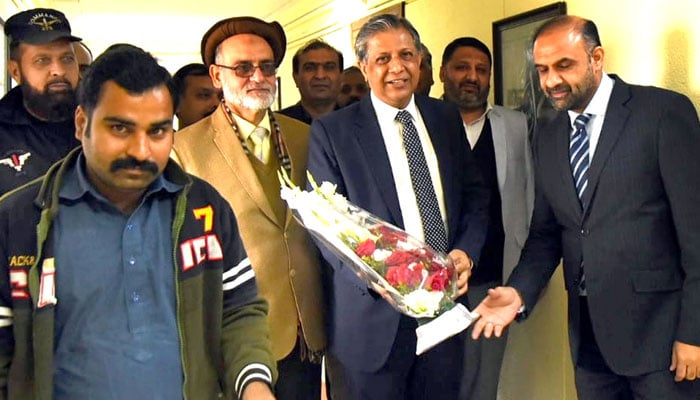 The PML-N senator has assumed the responsibility as law minister at the request of Prime Minister Shehbaz Sharif, after stepping down from the post last month citing “personal reasons”.

Tarar was welcomed by the senior officials of the Ministry of Law and Justice in his office.

After over a month’s time, PM Shehbaz asked federal ministers to ask Tarar to continue serving as the law minister and that he would not accept his resignation.

On Tuesday, a delegation of the ministers — including Sadiq, Rana Sanaullah, Khawaja Saad Rafique, Marriyum Aurangzeb, and Ishaq Dar — met the senator at his residence and informed him about the prime minister’s message.

After the discussion, Tarar spoke to his bar group. Following his conversation with them, the PML-N leader decided to return to the cabinet.