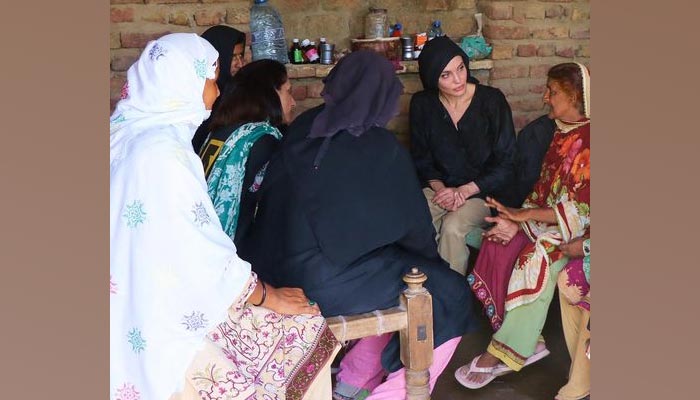 Renowned Hollywood celebrity and UNHCR Goodwill Ambassador Angelina Jolie reflected upon her recent trip to Pakistan where she witnessed the devastation caused by severe flooding which submerged one-third of the country’s land.

Sharing a series of images on her Instagram handle, the Maleficent star wrote a heartfelt caption.

She wrote: “Pakistan also still hosts over a million Afghan refugees who are unable to return safely due to the current situation. Those I was able to reach were still in shock from having fled the Taliban, and now knowing the country they have fled to is in an emergency.”

“The level of trauma and compound trauma is severe. Please learn and follow what is happening. Be aware of the climate catastrophe that we are seeing more regularly,” the international humanitarian penned.

She further urged the people to push governments to understand that lack of fair trade, rising emissions and failure to address conflicts are causing more death and suffering to millions of families around the world.

On her visit, Jolie visited Dadu where she met with flood victims, especially women. She visited the flood-ravaged areas to gain an understanding of the situation.