Will only talk with establishment, says PTI after Imran’s meeting with key figure 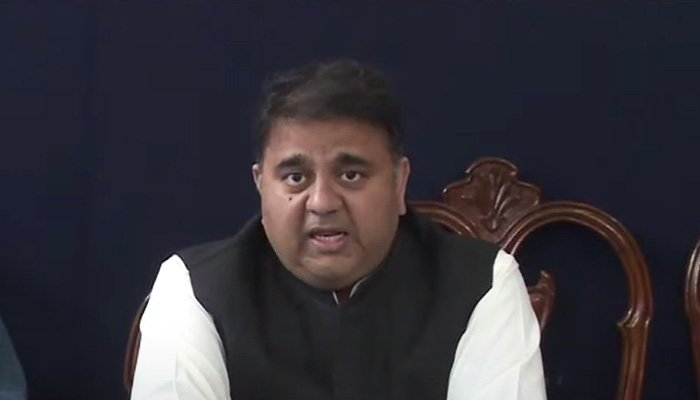 ISLAMABAD: PTI leader Fawad Chaudhry Tuesday said that the real power in the country rests with the establishment and that his party will only talk with them.

The statement from the former information minister came after reports emerged that Imran Khan had a meeting with a key figure recently to resolve misunderstandings.

Talking to a private news channel, Fawad, in a tone reflecting helplessness and disenchantment with their political opponents, asked the anchor how the establishment could be kept out or ignored while negotiating.

He said the real power and authority to make decisions resided with the establishment that removed the PTI government. In Pakistan, only non-elected people made decisions and not the elected representatives, who he claimed had no power.

Fawad admitted that it was the political leadership’s collective failure to developed a system where political opponents sat at the negotiating table to discuss intricate issues and reach rapprochements.

He said Maryam Nawaz’s press conference or Rana Sanaullah’s statements carried no political worth or significance and their stature was too low to discuss such big issues.

“When no party is willing to talk out issues, then ultimately they (the establishment) make decisions,” Fawad said. He agreed with the anchor that the current political crisis had deepened further.

Meanwhile, reacting to PML-N leader Maryam Nawaz’s presser, Fawad said the unchecked “exit and arrival” of criminals was a slap in the face to the state and the justice system.

He said Maryam’s hour-long press conference was nothing but an expression of “rudeness, abuse and bad-mouthing”.

“The news given by Nawaz Sharif’s daughter to the state was that she is going to meet her father, who is convicted by a court. In a long press conference, like the court’s decision, this woman also did not tell what are the sources of purchasing London properties,” Fawad said.

Anonymous support to criminals who are completely deprived of public support has raised serious concerns at the national level, he said, adding that every law-abiding citizen was worried after seeing thieves dominating the state.

“A coward who grew up in the nursery of dictatorship does not have the courage to even think of entering politics without blessings. Nawaz Sharif should return home; the nation will now take him to the task. Under the leadership of Imran Khan, people are united on the agenda of achieving real freedom,” he said.