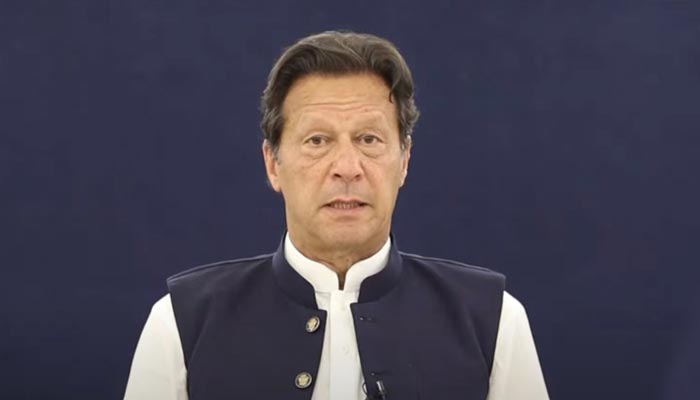 Another audio allegedly featuring PTI chief Imran Khan leaked on Friday, suggesting that the former premier was involved in horse trading during his tenure.

In the latest audio, the PTI chairman could be heard talking about the number game in the National Assembly ahead of the no-trust voting held in April.

Previously, the former premier blamed PPP supremo Asif Zardari and other PDM leaders for horse trading to topple his government in the Centre and Punjab.

On July 20, 2022, Khan claimed that horse trading was happening in Lahore and PTI MPAs are being offered Rs500 million to switch their loyalties — ahead of Punjab’s chief minister’s election.

The former PM accused the PPP co-chairperson, saying that he was the “main architect” behind this and demanded that he be jailed.

The party also approached the Supreme Court against the then-Opposition.

Moreover, Khan has also termed horse trading as “shirk” while referring to his lawmakers who switched sides ahead of the vote on the no-confidence motion in April.

The PTI chief has also called the horse-trading as “evil”.

“I want my entire nation to come out with me on March 27 to give a loud message that we are not supporting evil and are against it,” he had said while addressing his supporters in a video message on March 24, 2022.