What happens to unclaimed bodies? 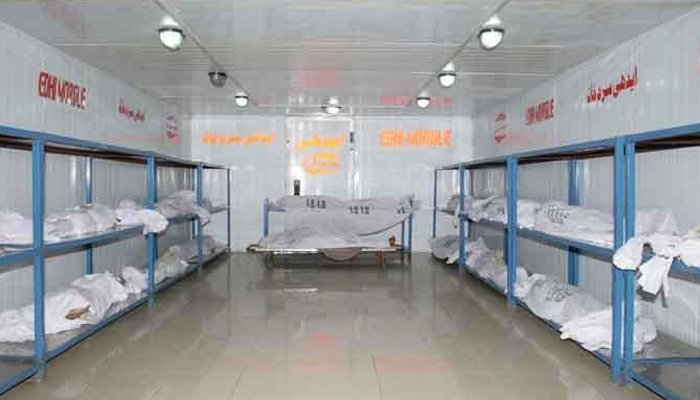 MULTAN/KARACHI: The appaling incident at Multan’s Nishtar Hospital has shocked Pakistanis after multiple unidentified and decomposing bodies were found on the medical facility’s rooftop.

But this raises a question: what happens to abandoned bodies?

Faheem Siddiqui, who is working as Geo News’ Karachi Bureau Chief and is a senior crime reporter, said that in Karachi in between 48 hours to 72 hours, one to two bodies are brought to Karachi’s government hospitals — which amount to 15-20 per month.

Siddiqui said that the police station, under whose premises the hospital falls, is responsible for the body. So, once the body is with the hospital, a representative of the government hospital then informs the police about it.

He said that then, the police starts the process under section 174 and store the body in a safe place.

In case, even then, the family of the deceased do not come to claim the body, then it is buried at the Edhi graveyard.