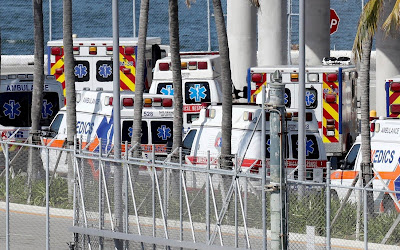 US death toll passes 2,000 in a single day.
The US has become the first country in the world to record more than 2,000 coronavirus deaths in a single day.
Figures from Johns Hopkins University show 2,108 people died in the past 24 hours while there are now more than half a million confirmed infections.
The US could soon surpass Italy as the country with the most coronavirus deaths worldwide.
But experts on the White House Covid-19 task force say the outbreak is starting to level off across the US.
Dr Deborah Birx said there were good signs the outbreak was stabilising, but cautioned: “As encouraging as they are, we have not reached the peak.”
President Donald Trump also said he expects the US to see a lower death toll than the initial predictions of 100,000 fatalities. 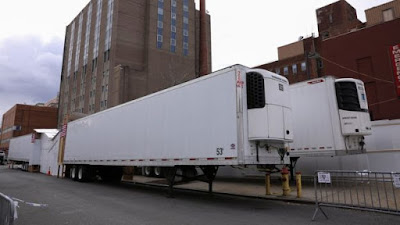 What are the latest US figures exactly?
The US now has at least 18,693 deaths and 500,399 confirmed cases, according to Johns Hopkins.
About half of the deaths were recorded in the New York area.
Italy has recorded 18,849 deaths while globally more than 100,000 people have died with the virus.
Researchers had predicted the US death toll would hit its peak on Friday and then gradually start to decline, falling to around 970 people a day by 1 May – the day members of the Trump administration have floated as a possible date to start reopening the economy.
New Yorkers have been shocked by the grim scenes: ambulances constantly blaring down eerily deserted streets, body bags being fork lifted into refrigerated trucks outside hospitals and now new trenches being dug on Hart’s Island for possible mass burials.
The remote cemetery, accessible only by boat, is a place regarded historically with sorrow because of its mass graves with no tombstones, just unclaimed bodies.
The city’s morgues can only handle so much before temporary burials for Covid-19 victims, once an absolute worst-case scenario, become necessary.
Funeral directors talk openly about how scared and depressed the spiking death toll has left them. Even before this week’s record number of deaths, some families have had to wait a week or more to bury and cremate their loved ones.