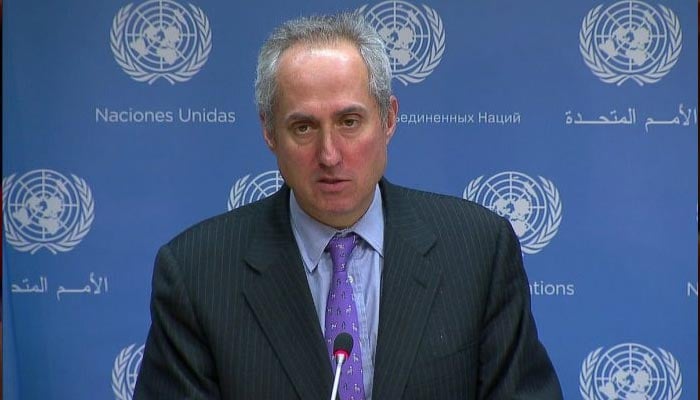 UNITED NATIONS: The United Nations on Monday called for a thorough investigation into the circumstances in which senior journalist and anchorperson Arshad Sharif was shot and killed in Kenya.

Sharif was shot dead by the Kenyan police on the night of Sunday, October 23, in what the authorities said was a “mistaken identity” shooting on the outskirts of the capital Nairobi.

The police report said that his vehicle drove through a roadblock without stopping even after officers opened fire. The circumstances of Sharif’s death sparked widespread outrage in Pakistan and calls for an investigation.

“I saw the tragic reports about the incident,” UN secretary-general’s spokesperson Stephane Dujarric said in response to a question at the regular noon briefing at the UN Headquarters in New York.

He hoped the Kenyan authorities would investigate the circumstance in which the journalist was killed.

A day earlier, the US State Department urged the Kenyan authorities to fully investigate Sharif’s death.

State Department Spokesperson Ned Price called for a probe into the matter.