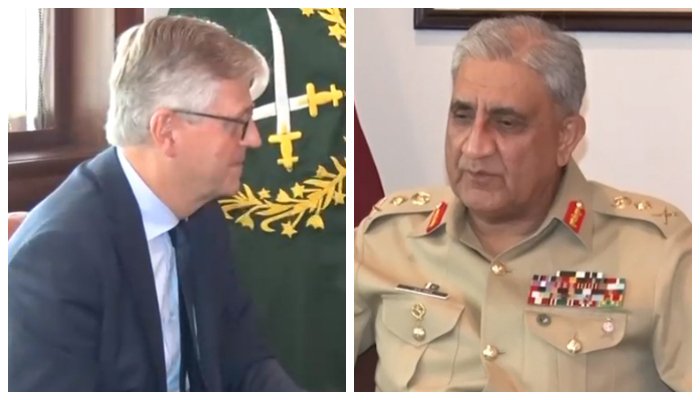 During the meeting at the General Headquarters in Rawalpindi, matters of mutual interest and the overall regional security situation were discussed.

The army chief appreciated the role of the office of the under-secretary in promoting UN core values and their response during crises.

He expressed grief over the devastation caused by floods in Pakistan due to climate change and offered sincere condolence to the families of the victims.

The two sides resolved to continue playing their part for peace and stability and betterment of the Muslim Ummah.

During the meeting, matters of mutual interest, bilateral security cooperation, and regional peace and stability came under discussion.

The secretary-general said Pakistan has a significant place in the Muslim world, and it is playing a vital role in peace and stability in the region.

In response, the army chief said the relations between Pakistan and Saudi Arabia are based on bonds of brotherhood and mutual trust.

According to ISPR, during the meeting, matters of mutual interest and regional security situation, including bilateral cooperation in various fields were discussed.

The COAS said that Pakistan values UK’s balanced role in regional affairs and the country looks forward to enhancing mutually beneficial relationships based on common interests.

The visiting dignitary expressed his grief over the devastation caused by floods in Pakistan and offered sincere condolence to the families of the victims.

The dignitary appreciated Pakistan’s efforts for regional stability and also pledged to play his rule enhancing cooperation with Pakistan at all levels.