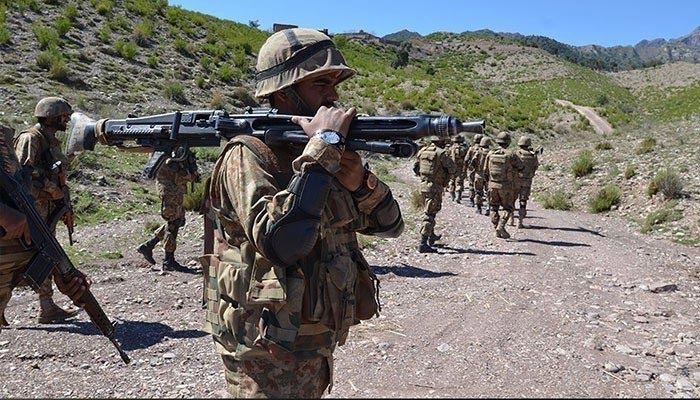 As a result of the exchange of fire between terrorists and security forces, two terrorists were gunned down, the military’s media wing said in a statement.

The ISPR added that weapons and ammunition were recovered from the possession of the killed terrorist, who remained actively involved in terrorist activities against security forces and the killing of innocent citizens.

Earlier during the week, one terrorist was killed during an IBO in Peshawar’s general area of Mattani.

The ISPR had said that the terrorist remained actively involved in terror activities against security forces and the killing of innocent citizens.