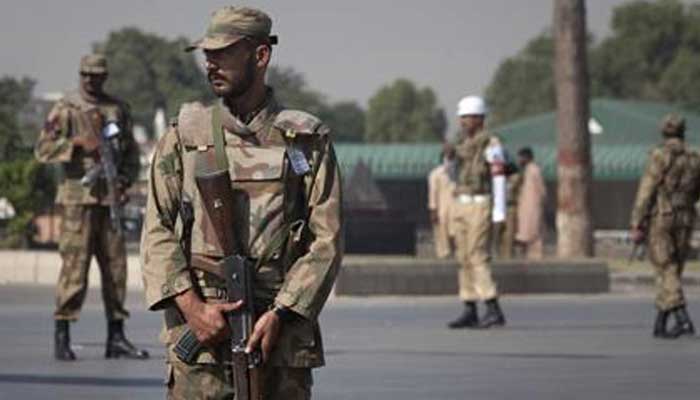 BALOCHISTAN: Two Pakistan Army soldiers Monday were martyred while four terrorists were gunned down during a clash with the security forces in Balochistan’s Shahrig town.

According to Inter-Services Public Relations (ISPR), the security forces conducted an operation on terrorist hideouts in Kaman Pass after receiving information.

The forces carried out the operation on the alleged hideouts through a helicopter.

The military’s media wing stated that there was a fierce exchange of fire between security forces and the terrorists during which four terrorists were killed, while Sepoy Shafeeullah and Sepoy Muhammad Qaisar embraced martyrdom.

The ISPR further stated that the escape routes of the terrorists were blocked by security forces, while the military is conducting more clearance operations to arrest other terrorists.

The military recovered arms and ammunition, including improvised explosive devices (IEDs) from the terrorists during the operation.