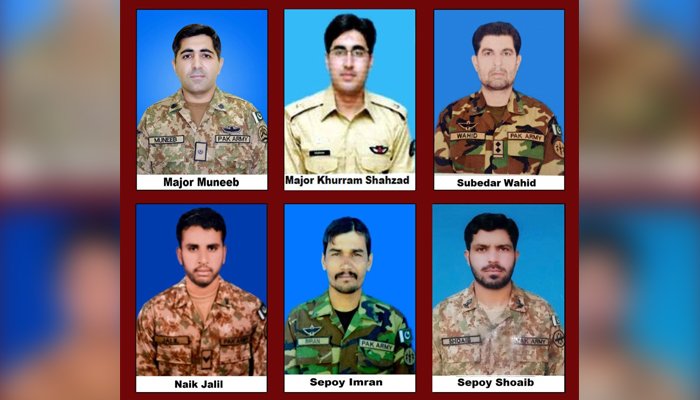 The press statement read that among the six personnel were two pilots as well who lost their lives.

Subedar Abdul Wahid, 44. hailed from Karak’s Sabir Abad village and has left behind a wife and four children, while sepoy Muhammad Imran, 27, was a resident of Khanewal’s Makhdoompur and is survived by a wife and three children.

In August, a Pakistan Army helicopter — that had gone missing for a day — had also crashed, leaving the same number of military personnel martyred.

The chopper was found in Musa Goth, Windar, Lasbela.

It had gone missing en route to Karachi from Quetta at around 5:30pm. The personnel in the chopper were overseeing flood relief efforts in the southwest of the country.

Above normal monsoon rains and deadly flooding have hit Pakistan hard this year, killing more than 1,600 people so far and wreaking havoc, particularly in Balochistan and Sindh.

The ISPR, in a statement, said the accident occurred due to “bad weather” as per an initial investigation.