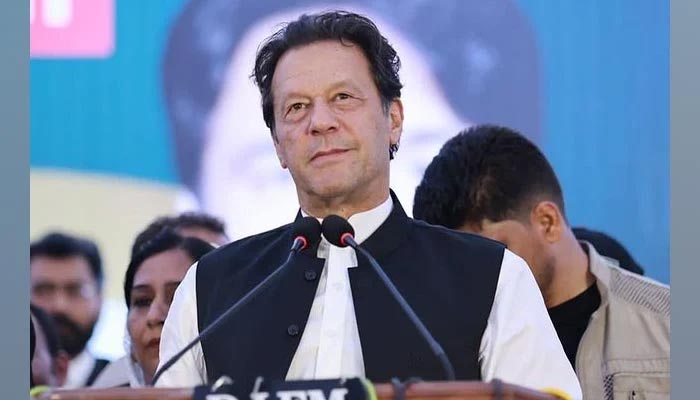 PTI Chairman Imran Khan Wednesday told the Election Commission of Pakistan (ECP) that the Toshakhana case against him was “false and baseless”.

The former prime minister claimed in his 60-page reply to the commission that the Toshakhana case is based on “mala fide intentions and political motives”, saying that the reference is the misuse of power and the Constitution.

In the reply submitted by the Election Commission, Khan maintained that he had not hidden the assets and rejected all the allegations against him. Moreover, the chairman also said that the commission cannot disqualify a person under Article 62(1)(f) of the Constitution.

The former premier urged the commission to discontinue the case, saying that the ECP cannot take decisions regarding the reference on the basis of Article 63(2).

Khan, in his reply, said that his government received 329 gifts during his three-and-a-half-year tenure. Out of these, 58 gifts were received by Khan and his wife, while 14 were worth more than Rs30,000.

“The amount of the gifts have been deposited in the bank and are mentioned in the statements,” he revealed, reiterating that the allegations of hiding assets are baseless and wrong.

He alleged that no member of the National Assembly has declared their assets as of yet.