The Most Expensive Dog Breeds in the World 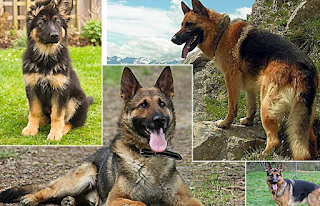 The Most Expensive Dog Breeds in the World:
WHAT IS THE MOST EXPENSIVE DOG BREED IN THE WORLD?
So, what are the most expensive dog breeds? And which is the most expensive breed of dog? There are approximately 400 dog breeds in the world, but there a mere elite that are are worth an absolute fortune. Insanely, many of these dog breeds cost the same price as a car! Below you will find a list of the most expensive dogs in the world. We will reveal to you exorbitant puppy prices, fascinating facts about their breeding and maintenance, and reveal the history of these breeds, and how they came to be domesticated.
GERMAN SHEPHERD: $600-$1,500
Most Expensive Dog Breeds in the World – German_Shepard
German Shepard is a working dog that can weigh up to 88 lbs. Once referred to as the “Alsatian,” this is an obedient breed that makes for both a courageous and intelligent pet. They were initially used for herding sheep, but their use to humans has expanded greatly over the years. Due to their intellectual capability, the military, police, and disabled individuals all use German Shepherds in some shape or form. German Shepherds have frequently been used in search-and-rescue operations, not to mention being used in movies and television. Rin Tin Tin was a famous German Shepherd from he 1920s and one of two dogs of the breed with a star on the Hollywood Walk of Fame. The breed is the second most popular in Germany and the seventh most popular in the United Kingdom.