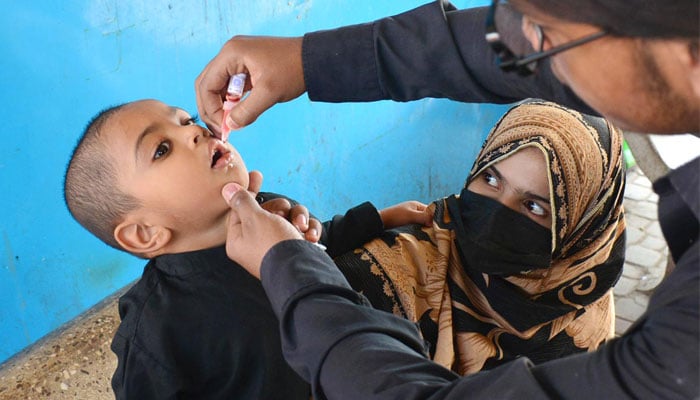 ISLAMABAD: The National Institute of Health’s (NIH) National Polio Laboratory has confirmed the detection of Type-1 Wild Poliovirus (WPV1) from an environmental sample collected from Khyber Pakhtunkhwa’s Bannu district this month, making it the 10th such sample collected from the area this year, officials told The News.

The latest sample means that the total number of positive environmental samples collected this year has reached 32, the official told the publication. Out of the 32 samples, 22 were detected from KP, he added.

Out of the 22, 10 samples were from Bannu, five each from Peshawar and Swat and one each from Nowshera and South Waziristan.

Moreover, eight positive samples have been collected from Punjab, including three each from Lahore and Rawalpindi and one each from Bahawalpur and Sialkot, while one positive sample each from Sindh (Karachi) and Islamabad have also been detected this year.

In 2021, 65 positive environmental samples were detected in the country.

This was the 10th positive sample from District Bannu in 2022.

The genetic sequencing results show that the detected virus (new positive sample) is linked to a case reported from North Waziristan.