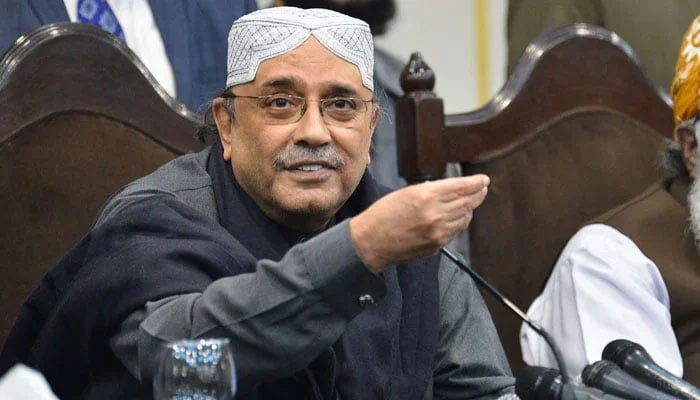 PPP Co-chairman Asif Ali Zardari has said that the PDM has decided to file a motion of no confidence in the Punjab and Khyber Pakhtunkhwa (KP) assemblies.

In an interview with a private news channel on Thursday, the former president said that they would contest elections if PTI succeeds in dissolving the Punjab and KP assemblies. “We shall see how many MPAs can the PTI get elected.”

He added that they would continue to play the role of the opposition if the assemblies are not dissolved.

The statement from the PPP co-chairman comes at a time when several PTI lawmakers in Punjab, according to sources, have advised the party’s chairman, Imran Khan, against dissolving the provincial assembly immediately.

The development came after the PTI’s high-level committee submitted a report in relation to the dissolution of the Punjab Assembly to Khan, sources told Geo News.

The lawmakers also advised the PTI chief not to immediately dissolve the assembly, citing the ongoing development projects in their constituencies, the sources said.

Imran Khan called off his long march towards Islamabad last week announcing quitting assemblies across the country, including Khyber Pakhtunkhwa and Punjab.

The party’s leadership, according to PTI Senior Vice-President Fawad Chaudhry, has approved the dissolution of assemblies in both provinces but the final decision will be made after further consultations.