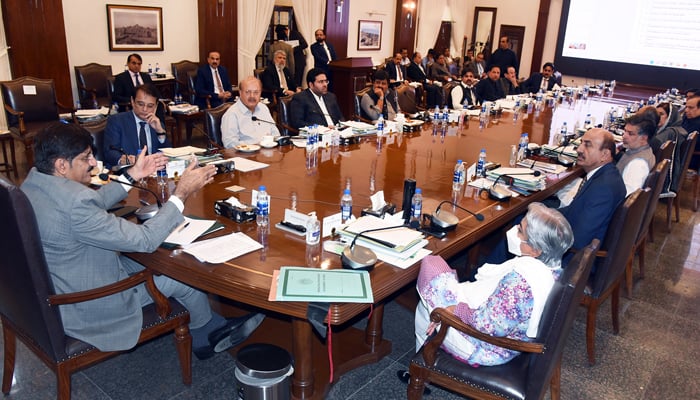 KARACHI: The Sindh cabinet Monday approved Rs5 million in compensation for the two telecom company workers who lost their lives in a mob attack in the metropolis’ Machhar Colony.

An angry mob had last Friday killed the two men — Aimen Javed of Thatta and Ishaq Maher of Naushehroferoze — following rumours that they were there to abduct children.

However, they were visiting the area to “check the signals of the mobile tower”, Sindh Inspector-General of Police Ghulam Nabi Memon told the cabinet in his briefing.

The IG informed the cabinet that 15 people identified in the footage of the incident have been arrested.

In response, Chief Minister Sindh Murad Ali Shah said such incidents could not be ignored, and the killers will have to face the law, while also noting that the public confidence in the police had deteriorated.

The cabinet, while approving the Rs5 million compensation for each of the victims, also formed a cabinet committee to discuss the issue and give its recommendations.

The committee has also been tasked to assess the need for the creation of a “mob management police force” to handle such cases.

The force, if formed, will be imparted relevant training and equipped with the required equipment and arms.