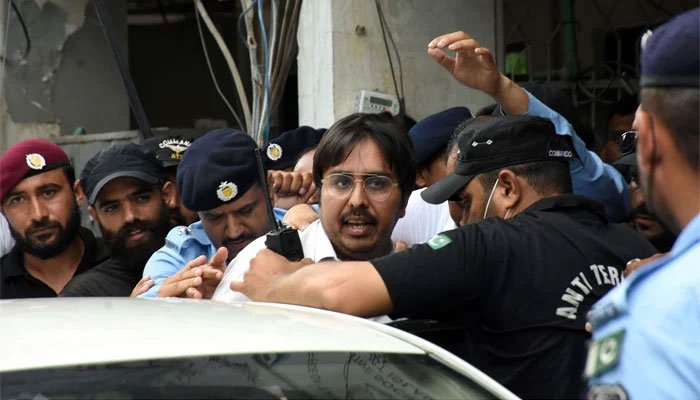 Senior PTI leader Shahbaz Gill on Friday approached Islamabad High Court (IHC) after continuous efforts to get bail from a trial court in a sedition case filed against him.

PTI Chairman Imran Khan’s chief of staff Gill has been in detention since last month when he was arrested after a treason case was filed against him for inciting mutiny within the Pakistan Army through his remarks during a private TV channel show.

The politician has nominated Kohsar Police Station SHO, City Magistrate Ghulam Murtaza and others as parties in the plea, stating that he was arrested by Kohsar police on August 9.

He requested the court that he be released on bail, stating that senior doctors at Pakistan Institute of Medical Sciences (PIMS) performed a medical examination on August 17 and the medical board found “evidence of physical torture”.

The court fixed September 5 as the date it will hear the plea.

The PTI has repeatedly demanded the party leader’s bail, alleging that he is facing humiliation, torture and sexual abuse in police custody.

An Islamabad court on Tuesday disposed of Gill’s bail petition in the sedition case filed against him.

The district and sessions judge announced a reserved verdict after hearing arguments at length from both parties.

“Statement of the accused [who is the leader of a national level popular party] is sensational which is sufficient for disturbing harmony and discipline in the most respected institution of Pakistan, Pakistan Army,” the detailed order read.