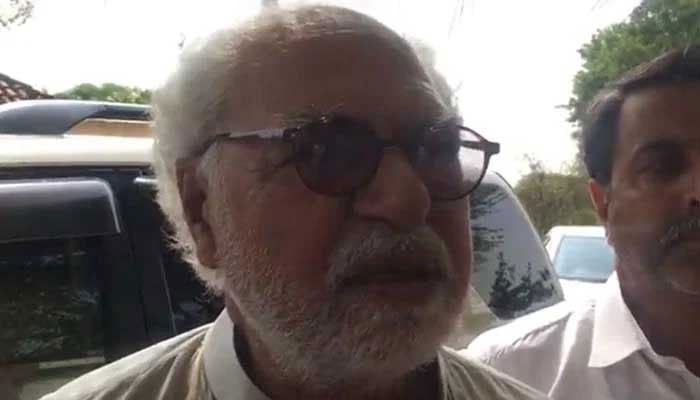 A local court in Islamabad discharged on Tuesday senior journalist Ayaz Amir from the murder case of his daughter-in-law Sarah Inam.

Shahnawaz, Ayaz Amir’s son, allegedly killed his wife Sarah at home after a row over a “family issue” on September 23.

He was detained by the police from a farmhouse in Islamabad’s Chak Shahzad area for being a suspect in his wife’s murder and later confessed to killing her, saying he “thought” his spouse was having an affair. The couple was married for just three months.

On Saturday, a trial court approved the arrest warrants of Ayaz Amir and his former wife Sameena Shah, as the two were nominated as suspects by Sarah’s family. Amir was arrested while his former wife later acquired pre-arrest bail.

In the police report registered following the murder, an additional clause of Section 109 (punishment for abetment) of the Pakistan Penal Code was added at the request of Sarah’s uncles — Colonel (retd) Ikram and Zia-ur-Rahim — who have blamed Ayaz Amir and his former wife for their niece’s murder.

The petitioners maintained that Sameena was living at the farmhouse where Sarah was murdered.

Ayaz Amir was presented before the court after completion of his one-day physical remand earlier in the day.

At the outset of the hearing, the police requested the court to grant a five-day extension in the physical remand of Ayaz for further interrogation.

The police informed the court about the progress in the investigation, saying that Ayaz Amir came in contact with prime suspect Shahnawaz. They said Sarah’s parents have reached Pakistan.

Meanwhile, Ayaz Amir’s lawyer maintained that his client doesn’t have to do anything with this case and so, should be dismissed from it.

He said that the police arrested the senior journalist after getting approval of arrest warrants from the court.

“What evidence does the Islamabad police have against Ayaz Amir?” he asked, adding that anyone travelling from abroad cannot be a witness in the case.

The lawyer reiterated that Ayaz was in Chakwal at the time of the murder and that he informed the police about the murder once he found out himself.