Security forces gun down one terrorist in Peshawar 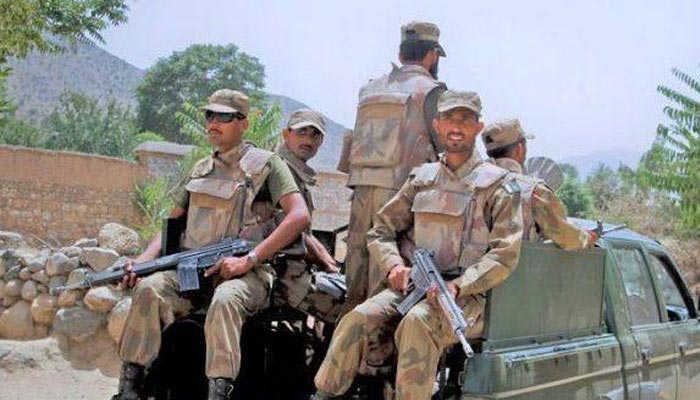 One terrorist was killed during an intelligence-based operation (IBO) in Peshawar’s general area of Mattani, the Inter-Services Public Relations (ISPR) said on Thursday.

The military’s media wing, in a statement, said that the terrorist remained actively involved in terror activities against security forces and the killing of innocent citizens.

According to the ISPR, weapons and ammunition were also recovered from the terrorists killed during the security operation.

During the operation, an intense fire exchange took place between troops and terrorists.

A day earlier, two soldiers of security forces were martyred while seven terrorists were killed in two separate incidents in Hassan Khel and Tank areas of Khyber Pakhtunkhwa, the ISPR said.

The ISPR said the terrorists fired on a military convoy in the general area of Hassan Khel that triggered a prompt response from the troops, who effectively engaged and killed three terrorists, involved in terrorist activities against the security forces. The troops also recovered weapons and ammunition from them.