SC seeks explanation from Imran Khan on May 25 events 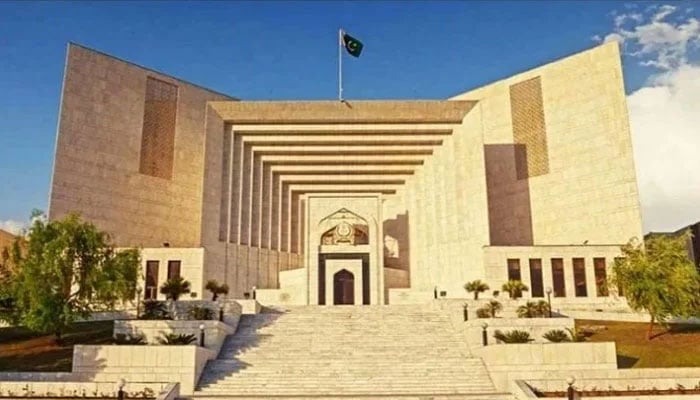 Supreme Court on Wednesday sought an explanation from PTI Chairman Imran Khan on the events of May 25, 2021, related to the party’s first long march, during the hearing of a contempt of court case against him.

The federal government filed a contempt of court plea against the PTI chairman in the Supreme Court over his long march to the federal capital.

In its petition, the government said, “Imran Khan is making announcements to attack Islamabad”, which it claimed was a violation of a court order. It urged the apex court to direct the PTI chief to ensure the implementation of its orders related to protests and sit-ins.

Bhoon informed the court that he is representing PTI lawyers Babar Awan and Faisal Chaudhry, who had been served notices.

During the hearing, Additional Attorney General Amir Rehman maintained that Imran Khan has sought time for a detailed response.

“Khan had given a surety but he has expressed unawareness towards any assurance or the judicial orders,” he said.

At this, CJP Bandial inquired about the difference of time between the first and second order of the court on May 25.

After the response by additional attorney general, the CJP remarked that the time between the two orders was for taking directives. The court wasn’t informed about from whom the directives were taken, he added.

At this, Rehman told the court that as per Faisal Chaudhry, the directives were taken from Asad Umar as he couldn’t speak to Khan.

CJP Bandial asked that why wasn’t the court informed if anyone couldn’t be contacted.

“This needs to be explained. The court had trusted Babar Awan and Faisal Chaudhry. None of them said that they didn’t get the directives,” CJP Bandial said.

CJP Bandial remarked how did Imran Khan know about the court order.

He said that the assurance was given by senior PTI leadership assured and it starts from Imran Khan. “Imran Khan sought time for a detailed answer,” he added.

The court sought explanation from Imran Khan on the incidents that occurred on May 25.